Choice Cuts have given us a couple of tickets to give away for Sly & Robbie, Ernest Ranglin & Bitty Mc Lean who bring their Jamaican Legends show to The Button Factory next month.

In celebration of 50 years of Jamaican Independence this year we present a very special event.
4 artists who have written music and history together unite with their hand picked band for one night only. Regarded as the most prolific rhythm sections of the past 40 years recording over 200,000 tracks from artists as diverse as Grace Jones, Bob Dylan, Mick Jagger, Gwen Guthrie, Britney Spears, Robert Palmer, Sinead O’Connor and many more.
Sly & Robbie are an institution when it comes to drum and bass playing; innovators and pioneers their back catalogue is unquestionable and so is their showmanship.
Ernest Ranglin is a guitarist composer cited as inventing the core ‘scratching’ style of guitar playing, which permeates in all ska recordings. Ranglin has been recording since the 1950s on mento rhythms, early ska and even early Wailers guitar on “It Hurts to Be Alone”. Ernest has recorded with all the Jamaican greats from yesteryear up until today Bob Marley, Sir Coxsone Dodd, Lee “Scratch” Perry, Clancy Eccles, Jimmy Cliff and is a highly respected jazz guitarist worldwide blending mento, reggae and jazz into his own inimitable stylings.
Accompanying Sly, Robbie and Ernest and their band will be none other than UB40 collaborator Bitty McLean, who is known for this slew of 1990s chart hits and for touring as support act for some of the biggest international acts of the past 30 years.
Choice Cuts Present Jamaican Legends
Sly & Robbie, Ernest Ranglin & Bitty Mc Lean
+ Jerry Dammers (The Specials) DJ Set
The Button Factory
7:30pm, Saturday 7th July
Tickets €26.50, doors 7.30pm

To be in with a chance of winning a pair of tickets just send an email containing your name and with SLYANDROBBIETICKETSPLEASE as the subject to [email protected] by midnight on Thursday 5th July. 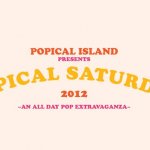 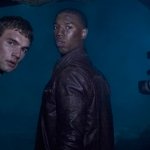