‘It’s a dubious achievement for a movie to make me so upset that I don’t know where to begin to put it into words. And I’ve seen A Serbian Film’ – MacDara Conroy on The Last Exorcism Part II

It’s a dubious achievement for a movie to make me so upset that I don’t know where to begin to put it into words. And I’ve seen A Serbian Film. But as cynical as such exploitative trash gets, even that one didn’t raise my ire a fraction as much as having to sit through the far-too-long 87 minutes of The Last Exorcism Part II. (Ha! See what they did there? It’s ‘Part II’, not ‘The Last Exorcism II’, implying it’s the second instalment of an incomplete story, otherwise they’d be open to all manner of… yeah, it’s still stupid.)

Though its predecessor ended in a bit of a heap, at least it represented an effort to make something original, not least in the cliché-bending characterisation of main protagonist Rev Cotton Marcus, a bible thumper turned possession debunker who stumbles onto the truth in the worst possible way. Meanwhile, Ashley Bell as the victimised Louisiana farm girl Nell Sweetzer held up her end, and Caleb Landry Jones – yep, him again – did a notable turn as her differently haunted brother. Credit where credit is due.

And now we come to the sequel. Dropping 90 per cent of what made the first film worthwhile – most notably the found-footage mockumentary approach – The Last Exorcism Part II takes what’s left of Nell (that’s even more blatant a reference to the Jodie Foster movie than it was the first time round) to the big city, plonking her straight into that halfway house plot from Friday the 13th Part V, or Freddy’s Dead: The Final Nightmare. Add in some cod-voodoo nonsense (because, of course! We’re in New Orleans, and you can’t go cajun without some pagan ragin’) and a countless mess of JUMP SCARES! and that’s the whole thing in a nutshell. I’ve just saved you an hour and a half of your life, and didn’t really break any spoilers.

I could probably write a thesis on everything that’s so very, very wrong with this film, but let’s stick to the worst offenders. There’s the complete and utter lack of atmosphere throughout, despite the possibilities of its swampy city setting; indeed, it looks as if it was shot on a backlot hundreds of miles away, the only verifiable footage of the Big Easy being a decidedly low-res aerial pan over the French Quarter. Then there’s the lazy structure that telegraphs every shock spot and turn of the plot, from the copious Robert Johnson referencing to the set-pieces cherry-picked at random from other, better movies. And because every potentially shocking moment is signposted far in advance, director Ed Gass-Donnelly (guided, no doubt, by producer Eli Roth) resorts to cheap theme-park jump scares to elicit the desired reaction in the audience. Suffice it to say if I wanted a theme park ride, I’d go to Alton fucking Towers.

And before you can say ‘What about Drag Me To Hell?’ I’ll charge that Sam Raimi’s little shocker is an effective ghost train of a movie that doesn’t pretend to be anything but, whereas this rubbish lacks its wit, and its chops, and its delightfully nasty streak. Simply put, The Last Exorcism Part II has little to nothing going for it. It’s a simulacrum of a horror movie, made by cynical people who hide their lack of comprehension of the form behind carny tricks that would made even William Castle wince. What happened to the craft of horror cinema? What made it okay for directors to pilfer bits from other movies that they think work but don’t actually understand? And what made them think it was kosher to pass off such bullshit collages as modern movie making?

Yet above all, what offends me most is the insidious underlying message in the script that lack of faith inevitably leads to moral and spiritual bankruptcy. Only this conclusion can explain the profoundly disappointing turn the story takes in its closing moments, a franchise-making twist that conjures the image of demonic producers with moneybag eyes, frothing at the mouth with greed. That’s a scarier thought than anything this ridiculous piece of crap has to offer. 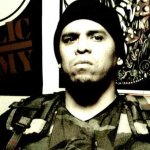