The Imitation Game is a false tribute to one of the 20th century’s greatest scientists, says Ian Maleney.

I read a piece once by someone who suggested that, in polite society, it would be noticeably remiss for one to be unfamiliar with the latest and greatest works of art, literature, music and so on. It was also noted that, to find among the same company someone with an equivalent knowledge of science would be unusual. Why should one be more familiar with Milton than Newton? Why Proust and not Pasteur?

My own grasp on elementary physics is less than sure. I got a C in maths in my Leaving and it was a hard-won result. The building blocks of our world – the chemical, biological, material make-up of it – remain a mystery to me. It is something of a shame then that The Imitation Game makes no real effort to shed any light on the work of one of the 20th century’s most renowned scientists. Of course, we see Alan Turing working – practically all he does is work. We see the importance of that work to him, and to his country, but we rarely get a glimpse of what exactly it is that he’s working on. Turing has his machine, which does amazing things that humans cannot do, but as for the thoughts and ideas that go into making that machine work, we are left almost entirely in the dark.

The central importance of Turing’s work to our lives today, as well as his tragic suitability for the biopic treatment, is hardly in doubt. It would take a hard heart indeed to remain unmoved by his story. Turing, an autistic maths prodigy and Fellow at Cambridge, joins the war effort to take on the Nazi’s supposedly unbreakable encryption machine, Enigma. He and a team of fellow cryptologists eventually do so, hastening the end of the war, saving millions of lives and earning him an OBE. So it goes for Turing, the unlikely war hero. In the early 50s, Turing reports a burglary at his home and, during the course of investigation, his homosexuality (then a criminal offence) is exposed. He and his partner are charged with gross indecency and Turing is sentenced to two years of hormonal treatment, as an alternative to prison. Shortly after, he dies of apparent suicide. His top-secret work during the war goes largely uncelebrated for the rest of the century, except in the burgeoning field of computer science, where his Enigma-cracking machine – or more accurately, the theories behind that machine – go on to form the basis of all modern computing.

The Imitation Game is not so interested in the substance of Turing’s work, but is quite fascinated by the narrative of his life. The film is a twee period piece, set mostly in the quaint Buckinghamshire countryside enclave of Bletchley Park, home to the Government Communications & Cypher School. There are flashbacks to Turing’s time as a bullied student at the Sherborne School, as well as snippets of a Blitzed London and some unnecessary faux-newsreel footage for that authentic WWII feel. Benedict Cumberbatch plays the lead role with a slightly bemused vulnerability, furthering the film’s idea that Turing never really grew up, never left his childhood self behind. He’s also arrogant, socially uninterested and monomaniacal in his dedication to his work. Keira Knightley plays Joan Clarke, Turing’s fellow cryptologist and fiancee, with a similar lack of depth, though the fact she’s given little to do except solve crosswords and make Turing more socially comfortable might explain this. If Turing’s cryptographic work is obscured, Clarke’s is entirely omitted. As the only female character with more than a minute or two on screen, this is a shame. Beyond the lead roles, the inanities of the Hollywood treatment are plenty and obvious. Turing’s team of cryptologists are barely sketched in, and their change-of-heart about Turing happens in about two minutes, without any real motivation. The ridiculously clunky line, “Sometimes it’s the people who no one imagines anything of, who do the things that no one can imagine”, is repeated three times, sounding more ridiculous each time it occurs with the requisite orchestral accompaniment. This side of the film is bland and stupid feelgoodery – predictable Oscar-baiting.

There is something more pernicious at work though. The devil is in the details and The Imitation Game has no problem fudging them to further the “tragic genius” canonisation it is engaged in. Commander Alexander Denniston, Turing’s commanding officer at Bletchley Park, is presented as an old Navy man, completely unable to grasp the significance of what Turing was up to – a man not just out of touch with our loveable genius, but actively antagonistic toward him, a grown-up school bully. In reality, Denniston himself was an experienced code-breaker, who had been head of GC&CS for 20 years when WWII kicked off. Turing did go over Denniston’s head and write directly to Churchill but not, as shown in the film, to install himself as head of the cryptology team at Bletchley. The letter to Churchill was written collectively by Turing’s team in search of more funding, which they felt they weren’t getting from Denniston. This would later result in Denniston’s effective demotion. Hugh Alexander, initially Turing’s rival in the film before that miraculous change-of-heart, is described as “a bit of a cad” and “not the marrying type”, but was in fact married at the time – something which would have obstructed the film’s relatively salacious dramatisation of Turing’s Enigma-cracking epiphany. In the film, Turing’s house is burgled by a rent boy he’d paid for sex, rather an acquaintance of a partner he’d known for several weeks. This last is particularly awful, as the obscuring of Turing’s sexuality (i.e. the removal of any actual gay sex that isn’t “illicit”) in favour of a (more “familiy-friendly”) hetero love story with the bright-eyed female lead is nigh-on unforgivable. There is no passion to Turing’s sexuality here; he is denied even that sliver of humanity. In all cases, the contraction of detail serves only to focus the mind on the bland hero narrative of the film, rendering many shades of grey as entirely black and white.

This isn’t a documentary and such nudging of the facts is par for the course with this kind of film, but there’s a smugness to it here which is rather disconcerting. It’s too easy to look back at the war era and see ourselves removed from it, to see how far we’ve progressed in the mean time. Our society would never drive a genius to suicide by criminalising his sexuality – we’re more tolerant now, we know there’s nothing wrong with the “poofters” and we’d never be so callous as to call them that. We can now laugh at the way Clarke is almost barred from sitting the test which gets her the job at GC&CS, and the way she wonders at the thought of a “digital computer”. We know so much more now, now that we have things like Mad Men to teach us about vintage sexism and powerful computers that sit in our pockets all day. It seems the overarching aim of the film is to make us feel an enlightened empathy for Turing, and reward us for feeling this basic emotion. His death is announced in a title card at the end of the film, just before mention of his Royal Pardon last year, lest such negativity ruin our right to feel good about ourselves for feeling bad for someone who is dead. (The ridiculous idea of a Royal Pardon existing at all is never brought up, never mind the shadow cast on the 49,000 other men convicted of the same charge who haven’t been graced with such a pardon.)

This kind of condescension to the audience, presupposing that no one would be interested in a film about a man’s world-altering life’s work just because that work is complex and involves maths and logic, empties the film of all real relevance. It doesn’t have the courage of its subject or the belief in that subject’s life as it was lived – it has no belief in Turing himself, the skin, blood and brain matter of him. It resorts to sickening exposition at every turn – Denniston asking Turing to explain his theories and Turing replying that he’d never understand is a telling moment for the film’s mindset – and falls back on the tragedy of Turing’s emotional life to hide the film’s own tragedy of not engaging with his work. This lack of engagement means there can be no criticism of the issues that Turing’s experiences and work open up, and they open up quite a few.

GC&CS is now GCHQ, a government organisation implicated by Edward Snowden in his leaks about the abuse of national surveillance programs – Snowden says they surveil the British public with even more impunity than their American counterparts. Cryptography is never more than a game in the film, a mental exercise, not something which more and more people must resort to in order to escape the prying eyes of governments and companies who would track their conversations, their movements. The lack of detail in how Turing’s work is presented is indicative of how we are still not ready to understand the tools we use everyday. Once I think about it for more than a moment, I’m just as awed as Clarke by the thought of a digital computer, and less capable I’m sure of understanding how one actually works. This ignorance is what exposes me, and so many others, to the whims and predations of governments and tech companies.

In its most insightful moments, the film posits the idea that codes are language, or rather that language itself is a code. As Turing knew, understanding the code is the key to power. It’s unfortunate that The Imitation Game shies away from confronting and investigating this power, in favour of a heart-warming tale of success against the odds, a “we beat the Nazis!” patriotism and the platitude that it’s ok not to be normal – “Live different!”. However, as the geeks have now inherited the earth, we are living in Turing’s normal. A world where machine and man are less distinct than ever, when machines don’t just do our thinking for us, but define how we think in the first place. Turing and the team at Bletchley Park are shown using statistical analysis to decide which German intercepts to act on – essentially who would live or die – which is perhaps the first example of algorithmic war and a haunting precursor to the kill lists and drone strikes of today’s Middle East. The secrecy with which this was achieved sets the tone for the conspiratorial world of post-9/11 “counter-terrorism” and the Patriot Act, a world where people are arrested before they can arrive at a protest, where newspapers are ordered to destroy hard-drives and give up sources, where any brown-skinned male over the age of 15 is a threat. This use of mass statistical analysis of codified information, what we now call Big Data, is fetishised today. We leave streams of metadata in our wake every day, and it is coming to define us in the eyes of power, whether we like it or not.

One way or another, this is Turing’s legacy. The Imitation Game is a false tribute to that legacy, one which refuses the complexity of a lived reality in favour of a high-definition bedtime story. The ultimate irony is that the film covers up Turing’s work just as effectively as the British government itself did for most of the 20th century. If efforts like this are all we have to go on, Turing’s life and work will remain a tragic story for some time to come. 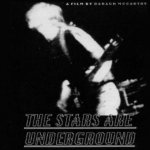 Previous
The Stars Are Underground – The Grand Social, 29th December 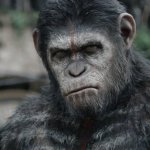