‘There are many choices we can make, few are presented to us here‘ – Ian Maleney on Russell Brand’s The Emperor’s New Clothes

I write this on the morning of the results of the general election in the UK. There truly is nothing like an election to make one feel alone in the world, to make you feel like you’re living in a bubble disconnected from reality, which itself must be an awful place. How else to explain the way things turn out? Looking at it rationally, the immediate take-away is that, having got some 12.6% of the vote but only one seat, the electoral system was a little harsh on UKIP. They received 33% of the votes that the Tories got, yet hold only 0.3% of their seats. Meanwhile, the same system was quite generous to the SNP, with whom I have some political sympathy – they received just under 5% of the total vote, less than half of UKIP’s share, but got 56 (out of a possible 58) seats. English fear of the SNP, resulting in votes for the surer-bet Tories, probably cost UKIP a couple of seats.

Still I feel a sort of emptiness, as if the previous five years hadn’t happened. As if the bedroom tax, the immigration policies, the benefit cuts, the arts cuts, the sale of the postal service and the NHS, the ballooning deficit, workfare, the London riots, the Scottish referendum – as if none of it had happened. Thinking about the election as a whole – the lack of reasonable challenge from the left, the failure of the Labour party to construct any kind of justification for itself – it almost feels as if none of my life had ever quite happened. For as long as I’ve been alive, we’ve been living in the shadow of Thatcher and on mornings like this, mornings when the Tories, UKIP and the DUP hold 50% of the popular vote in a neighbouring country, it feels not like there’s no alternative, but that an alternative simply isn’t desired.

The Emperor’s New Clothes appeared in cinemas just before the election, presumably to capitalise on (or maybe even to influence) the minds of the people who know who Russell Brand is and don’t know (or at least don’t care) who Nick Robinson is. The film is a pseudo-investigation into the often illegal practices of major international banking and investment institutions, which mostly amounts to Russell Brand walking into their London offices and haranguing the reception and security staff until he gets kicked out. Nothing is achieved and it’s not even particularly funny.

Contrasting the shots of high-rise glass towers in the City are montages of Grays, the Essex town where Brand grew up. Grays is posited as the everytown, the emblem of modern, semi-urban working-class Britain, and it is both bleak and grim. The mise-en-scene is depressingly familiar; small houses, over-weight, badly-dressed people, grey skies and a high-street full of bookies, take-aways, pay-day loans and Cash 4 Gold. There’s a shopping centre on the edge of town with all the usual multi-national chains, and it’s a short hop on the train into London. Doves (remember them?) had a track called ‘Black & White Town’, and it could well have been written about Grays.

Brand sits around in council flat kitchenettes talking to people who work too long for too little money and struggle every day to put their kids through school and pay the rent. It’s not exactly mentioned, but perhaps the saddest thing about these interviews is the feeling that this grind will never stop; it will kill them – with stress, with loneliness, with shit food – before it gives them a week off. There is no end in sight. This is the most effective strategy in the film really, just laying out the unutterably awful figures involved in keeping people on their knees. “The working poor” is the fastest-growing demographic in the UK, and with the Blairite strategy of low-pay balanced with tax refunds now replaced by the Tory strategy of low pay – what Brand rightly and sardonically calls “efficiency” – there is little hope of that trend being reversed. A figure not mentioned but worth remembering: 900,000 people in the UK were forced to use food banks last year.

It’s hard to criticise a film like this because of the sympathy any human heart must feel for the people in it. The fingers are generally pointed in the right way too: low-corporate-tax policies, most of which are barely enforced at all, place the burden of paying for the state on those least able to bear it. The banks are in cahoots with the government and big-business to generate wealth for themselves, and to hide it from the public. A very simplified “how the economy works” animation shows the difference between locally-owned businesses employing local residents who all pay their tax locally and the contemporary model of big-brand, non-domiciled corporations who squirrel their money away in Jersey, Monaco or the Cayman Islands. Apple, Boots, Topshop, The Daily Mail and David Cameron himself all come in for criticism in this regard. The film is effective at showing where the money ends up too. The rising pay of bankers and high-level CEOs outpaces even the film itself, as the figures quoted in one scene have to be corrected (and doubled) in the next. As ever with numbers so high, it’s hard for them to sink in. Saying someone earns £11m a year is hard to take in, but saying someone on minimum wage would have to work for over 300 years – since before the French revolution, as Brand puts it – to make what their bosses make in just 12 months is a more startling way of putting it.

It is also striking that this entire film passes without mention of communism, anarchism or really any strategy that isn’t centre-left social democracy. The only mention of Marx is from a clip of John Snow presenting the news. Tax the corporations more, and then there will be enough money for the rest of us! Pay us fair wages! As expected, as indeed all the evidence of the last 70 years would suggest, this is far from good enough. The goal of a union isn’t to smooth relations between employers and employees, it’s to take ownership of the means of production. There is no systemic analysis of how power actually works in this film whatsoever, and there is little beyond a Blairite plea for a more pleasant style of capitalism.

The nadir comes when Brand says, “We have a choice: We can have corporations like Cadbury, or we can have corporations like Apple”. Vintage promotional footage of the Cadbury factory plays, and is matched by talk of how the workers had places to play sports, they had houses and they were sent to university. They had everything but a share of the company, and it’s not surprise that it sounds much like Google does today.

Sure, there is a lesser of two evils as far as business practices go, but if the history of British politics has taught us anything, it’s the the lesser of two evils does gradually get more evil. Right now, Labour politicians are talking about how they weren’t tough enough on immigration in the run-up to this election. I’ve lost count of how many people have died crossing the Mediterranean since the election process started, but it’s significantly more than the amount of people who voted for Labour in certain parts of the UK.

And what are our demands? Brand suggests that we might “make a start” by “making those bankers pay back all the money we gave them” (how?), by bringing in a 90% income tax for the richest 1%, by bringing in a 90% inheritance tax on everything over £1m, by “ending tax avoidance” (how?), and by making everyone equal under the law – which they technically already are. Again, I don’t disagree with this as a basis for moving forward, but I look around and wonder who is demanding it? Not the 50% of eligible British voters who chose Tory/UKIP/DUP yesterday. I doubt most of the Labour voters would back it either. It’s not like we (and I wonder who this “we” is) can rock up to 10 Downing Street, ring the doorbell and sort it out over a cup of tea and few digestives. We’re dealing with something bigger here, something far more robust than a few people mucking things up for the rest of us.

Brand says at the start of the film that the viewer will already know pretty much all of what he’s about to say, and this is true. Most people have some sense of the injustice in the world, many of them are victims of it. Anyone who pays attention to politics, or the world in general, will know all about most of what’s in this film. But if we know what the problems are, and we have a good idea who is to blame, then the questions are the same as it’s been for the last two centuries. Who are we, and what is to be done? 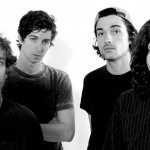 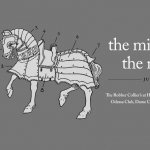