Snoopy and Charlie Brown: The Peanuts Movie brings Charles Schultz’s chronicle of loserdom to the big screen – but don’t see it in 3D, says MacDara Conroy

It’s enough discouragement that the big screen debut of Charles Schulz’s famed comic strip and cartoon characters has been lumbered with the cumbersome title Snoopy and Charlie Brown: The Peanuts Movie (it’s just The Peanuts Movie in the US), assuming the bit before the colon carries more weight with British and Irish audiences than the rest. In 2015? Decades after these characters were last relevant? I highly doubt it. They’re simply not a part of the mainstream cultural fabric for younger generations now. Besides, will the kids of today even get Peanuts as a thing? I don’t mean that in a patronising way; oodles of cutting humour and emotional complexity are present in contemporary cartoons like Adventure Time, for instance. (I’ve mentioned Adventure Time more than once here lately. Have you seen it? You really should, it’s brilliant.) But Schulz’s chronicle of loserdom seems very much at odds with today’s everyone-is-awesome zeitgeist.

And that’s what Peanuts certainly is, a chronicle of loserdom. Schulz sugar-coated a pill a little, sure, especially in the newspaper strip’s latter years, and the TV specials the thirty- and forty-somethings among us grew up with. But at the end of the day the world never lived up to poor old Charlie Brown and his expectations of fairness and justice. Not that that wasn’t a useful lesson. Maybe it’s one of the greatest lessons we ever learned, to understand that life is a messy negotiation around other people’s various actions and intentions, and that we’re better off concentrating on being good people without demanding goodness from others in return. That’s heavy stuff, for sure, but that’s the substance of a comic strip that ran for nearly 50 years. The question is, does any of it translate to the big screen, in an animated film aimed squarely at the under 12s?

A lot of it does, actually. The plot, as much as there is one, doesn’t shy away from the notion of Charlie Brown the pathetic figure, lacking in confidence but brimming with anxiety, and yet persevering in spite of it all – the polar opposite of the oh-so-perfect main protagonist that proliferates today. The film doesn’t reference every trope of the character, thankfully, passing over his ineptness at sports, keeping his issues with kite-flying to a bookending subplot and focussing mostly on his infatuation with and unrequited love for a new arrival at school, the Little Red-Haired Girl.

Structurally, the film comprises a series of slice-of-life vignettes, following Charlie’s travails and interactions with the rest of the gang – Lucy, Linus, Schroeder, Peppermint Patty, Marcie and so on – over the course of a school year as he hopes to be noticed by the new arrival, despite his awkwardness. Many of these are humorous skits, if fairly random, having at best a tangential connection to the tale of Charlie’s infatuation. Meanwhile, Snoopy, Charlie’s show-stealing pet beagle, gets a parallel but stylistically distinct story all to himself as he writes a novel on the exploits of his alter ego the Flying Ace, hitting the same themes of Sisyphean struggles and lofty ambitions. There I am with the high-brow talk again.

Whether kids’ attentions will be held long enough with the lack of a traditional narrative is questionable, though it’s not unheard of for animated fare (a wonderful example is Isao Takahata’s comic-strip-styled My Neighbors The Yamadas, which has even less of a plot). And there’s surely enough going on to keep younger audiences entertained, between playground shenanigans and lively school dances and Snoopy’s magical-realist widescreen adventures (with some nice understated touches, like not seeing the bottom of Snoopy’s kennel–sorry, cockpit, when he takes to the air to dogfight – ah, I just got it! – with the Red Baron). The rest of us may be less enthralled by the soundtrack, as the modern pop hits fix a date on something that should be timeless (where is the Vince Guaraldi score? It’s only hinted at here and there), though should appreciate the occasional literary bent to the humour (there’s a funny aside about a book Peppermint Patty misremembers as ‘Leo’s Toystore’ by Warren Peace) that still doesn’t talk down to those with single-digit ages.

The animation is also something to savour, which is a relief and a half. Best known for the unremarkable Ice Age series, Blue Sky Studios – here under director Steve Martino – have produced their most distinctive work, giving characters only known from 2D media only a vaguely three-dimensional makeover, popping with a slightly embossed quality and mostly retaining the framing of the original comic panels and TV specials. That they’ve done such a nice job with the look of it makes up somewhat for the film’s unnecessarily upbeat ending, when the whole point of Charlie Brown is that it’s OK not to have it all. Maybe Craig and Bryan Schulz – son and grandson of Charles, and who co-wrote the screenplay with Cornelius Uliano – are a bit more schmaltzy than the Peanuts creator’s own brand of sentimentality.

One last thing: whatever you do, don’t see The Peanuts Movie in 3D. Not only does the effect bring little if anything to the appearance of the film (beyond the snowflake effects in the opening scene, there is no noticeable depth of field throughout) but it also renders a production that should be clear and vibrant quite dull and murky. You wouldn’t watch a movie with sunglasses on, but that’s precisely what you’d be doing if you wasted the extra money on a 3D screening. 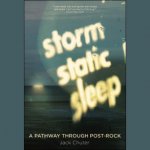 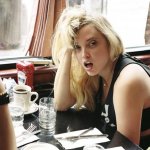 Next
The Prettiots Irish Tour