‘Sinister 2: Electric Bughuul’ is what they should have called this disappointing successor to one of the better modern horrors to emerge from the Blumhouse stable. That 2012 original pitted a grizzled Ethan Hawke against evil supernatural forces in a suburban home connected with a grisly family murder. And it’s a film you’d need to know all about before attempting to watch Sinister 2, because the new one presupposes intimate knowledge of its manifold plot points.

That mysterious trunk in the basement with the old-timey projector and Super 8 reels of innocuously titled snuff films? Those occult-looking symbols and ghostly photobombs relating to a Pied Piper-like demon, supposedly of Babylonian origin, presented as the ur-myth of the Bogeyman? Sinister 2 spares no exposition for any of that, or even its prospective leading man, and sole returnee from the first film, the charmingly bumbling Deputy So & So (James Ransone, who was Ziggy in the second season of The Wire, can you believe that?).

Previously he – along with the great Vincent D’Onofrio as college professor with a plot-convenient flair for the occult – was a mere sideman to true-crime writer Ellison Oswalt’s dangerous paranormal probings. Now he’s a private investigator keeping up his friend’s work, trying to break the demon Bughuul’s chain of possession by destroying the homes that serve as his portals into the living world. It’s a long story.

On his latest arson attempt, however, he’s stopped in his tracks by feisty mom Courtney (Shannyn Sossamon) and her twin boys Dylan and Zach (real-life non-identical twins Robert Daniel and Dartanian Sloan – seriously, Dartanian?) on the run from her abusive pillar-of-the-community husband. As fate would have it, they’ve holed up at a rural church that hosted one of Bughuul’s many murderous happenings, and soon young Dylan is under the spell of the ghoul’s child harbingers, haunting him with nightmares of a future atrocity unless he follows them to the cellar to watch their even more disturbing ‘home movies’…

Irish director Ciarán Foy steers his first Hollywood feature here after his debut with the 2012 tower block shocker Citadel. That was a neat twist on the ‘hoodie horror’ trope that needed a bigger budget, and a stronger cast, to realise its full potential. Apparently hand-picked by Sinister director/co-writer Scott Derrickson to replace him in the director’s chair, Foy’s got both the budget and the cast here, and much like with Citadel he makes the best of what he’s got.

It’s what he’s got that’s the problem, as Derrickson and C Robert Cargill’s follow-up script to their own original screenplay eschews the first’s foreboding atmosphere of crawling chaos for over-explanation, spinning from that film’s comparatively lazy conclusion by going out of its way to demystify the mystery, ultimately casting the dreaded Bughuul as a generic horror baddie, just another guy in a mask. The genuinely unsetting home movie aspect? It’s turned here into a Saw-aping game of oneupmanship, as the demon’s childish cabal offer up their recordings for Dylan’s viewing pleasure, each ‘better’ than the last (the clips are no longer even dated, removing that sense of perpetual evil). Meanwhile, the film shoehorns in as many jump scares as the studio big wigs demanded, probably. Internal logic be damned. Suffice it to say it’s not the sequel I was hoping for.

Still, it’s hard to pin the blame on Foy for these failings. Indeed, he displays confidence in directing his likeable cast (Ransone and Sossamon have a sweetly genuine chemistry, and everyone else is decent – well, except for that one kid, who’s a little prick) and makes better use of tension-relieving comic relief than even the well-handled lighter moments of the sister Insidious franchise. His film also has a hazy, low-sun-dappled feel to it that recalls the original Texas Chain Saw Massacre, and all the horrors that implies. Sadly for Foy, it seems the writers were thinking more along the lines of Children of the Corn, a reference among many that’s far too on-the-nose (there are children, there is a corn field; I wonder what will happen?).

The same could be said about Sinister 2 as a whole; it’s like the first one rewritten by Captain Obvious. Mainstreaming the shocks for an audience conditioned by cheap theme-park frights? That much I can understand, as much as I can’t stand it. But for a film that expects the viewer to have done their homework, draining this second chapter of everything that gave the first one its power makes the least sense of all. 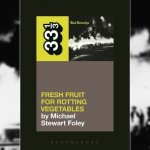 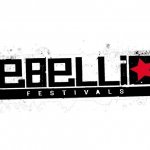