With one of the brains behind The Mighty Boosh at the front of this nostalgic parody tribute to 1980s teatime TV, you wouldn’t be wrong to expect Mindhorn to be more absurdist than it is. But Julian Barratt isn’t Noel Fielding, which is probably why they work well together in that loopy troupe, and also why this film has a different brand of humour; if not broad, then at least more pedestrian, and definitively less weird.

Barratt — who shares the writing credit with Horrible Histories regular Simon Farnaby — stars as Richard Thorncroft, infamous for the titular lead role in a sci-fi inflected action show (think Bergerac crossed with The Six Million Dollar Man) but who’s since fallen on hard times after swanning off to Hollywood at the height of his (decidedly local) fame and immediately crashing and burning.

Twenty-five years later, and scraping by with menial parts in geriatric adverts, Thorncroft is cajoled by his agent into reviving the role that made his name, with a twist — it’s the Manx police who need him this time, to help catch a murder suspect (Russell Tovey) who believes Detective Mindhorn, the man with a cybernetic eye that can see the truth, is a real person.

But returning to the Isle of Man also means returning to the life Thorncroft left behind: the love interest (Essie Davis) he abandoned, the co-star (Richard McCabe) with substance abuse issues and more than a little harboured resentment, the protégé (Steve Coogan) whose spin-off show went on to years of success, and a community still smarting from the insults he dished out when he pulled an Oliver Reed on an evening chat show.

All the ingredients are there for a postmodern spin on the quintessential British comedy of manners, the kind that director Sean Foley regularly pulls off in the West End. There’s a whiff of toast — Steven Toast, of Toast of London, I mean — from Barratt’s self-important actor type, who mines most of the laughs from his sheer buffoonery, though not without a modicum of self-awareness.

The rest of the cast — which includes Andrea Riseborough as a detective constable with a bad side, plus a smattering of notable cameos — plays things fairly straight, save for Farnaby as Thorncroft’s erstwhile stunt double, a ‘comedy Dutchman’ routine that’s so deliberately awful it just about comes through the other side. Naturally, being co-writers, he and Barratt have the strongest chemistry, though Davis, better known for her harried mum in Aussie horror The Babadook, holds her own as the film’s knowing bit of totty.

Alas, Mindhorn is less than the sum of its parts. With inconsistent laughs, it doesn’t quite measure up to the Anchormans of this world it’s clearly aping, and in its worst moments plays like a cheap knock-off of Will Ferrell’s finest. Kind of like the way its show-within-a-show is a cheap knock-off of its bigger-budget American cousins, then.

Also out this Friday is A Dog’s Purpose, surprisingly not the first canine-themed melodrama from Lasse Hallström. (Though he is named Lasse … I’ll get my coat.) Along the lines of 2009’s Hachi, this treacly concoction, based on W Bruce Cameron’s mawkish bestseller, follows a dog’s soul (you read that right) as it migrates through a few decades of reincarnations and owners: high school quarterback with family issues, lonely Chicago cop, and so on. A guaranteed tearjerker if you’re of the doggo persuasion, but despite the presence of Dennis Quaid and Britt Robertson, there’s not much else going for it. Indeed, it’s actively hindered by Josh Gad’s overeager voiceover as the dog, or dogs, of the piece. 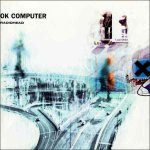 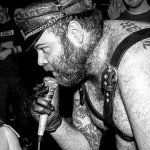