A deluge rains down on Derry. Young Georgie chases a paper boat as it speeds away, carried on a torrent of rain water and down a drain. Worried that his brother will be annoyed, Georgie tries to retrieve his toy. But the storm drain contains more than just the child’s errant boat. Every 27 years a malevolent, child eating menace returns to Derry, the kip of a gaff in Maine, you see, not the one atop of Ireland’s crown. So, there’s plenty of jokes in there you can make, but I’m not doing the legwork for you. No, in this ‘burg, a staple in the Stephen King canon, the rate of missing children is 6 times the national average. As Georgie is about to find out.

If you’re a certain age, you’ll have read Stephen King’s It. Everyone did. It’s a huge tome, a doorstopper, split into two distinct parts, following the exploits of a gang of outsiders, The Losers as the fight the evil curse that lurks in their hometown. It’s a simple premise, the best ones are, featuring terrifying clowns, haunted houses, scary visions; the whole gamut. It proved a difficult book to film, if 1990’s Tim Curry vehicle is anything to go by, but Andy Muschietti, who helmed the stylised Mama a few years back, is up for the challenge. And, boy, he pulls it off. Breaking the film into chapters gives this part the space it needs. Nothing’s rushed.

The film deviates from its source material on one point. In the book, which came out in 1986, the story of the kids is set in 1957, here on screen it’s 1988. It makes sense, of course, making Chapter 2, when the adults return to Derry, a contemporary flick. And we get to indulge in some 80’s nostalgia, all the rage these days: choppers, watches with calculators on them, NKOTB and so forth. The bullies are no longer greasers, but mullet adorned metal fans. One wears a Metallica Metal Up your Ass t-shirt the likes of which I haven’t seen since FM Tracks and Threads on Westmoreland St. closed down a few decades ago.

The seven kids are outsiders, The Losers they call themselves, persecuted mercilessly by the local bullies, ignored in school. Bill (Jeremy Ray Taylor), older brother of the missing Georgie, stutters, Beverley (Sophia Lillis) has an undeserved reputation and lives with her creepy father, Richie’s the comedian, a pain in the arse (Finn Wolfhard, who’s familiar with the 80s from his stint in Stranger Things, isn’t quite the mimic that Richie is supposed to be), Eddie’s (Jack Dylan Grazer) a cosseted hypochondriac, Stan (Wyatt Oleff) is the son of the local Rabbi and Mike (Chosen Jacobs) is the gang’s one African-American, reason enough to get chased and beaten by Henry Bowers and his crew of haircuts. What is it with America and bullies with really bad hair? Initially they’re drawn together by their very outsiderness, but when it becomes clear that they’ve all had a terrifying encounter with Derry’s malevolent presence, that bond is cemented into something deeper.

Not just a horror film in the classic sense – think Craven at his peak, the best of Carpenter even at times Spielberg – it’s also a film about young love, friendship, puberty, acceptance. The children’s crusade against Pennywise is all kids’ struggle against authority and the loss of innocence. The Losers are already fighting against their parents’ apathy, abuse or absence or, in Eddie’s case, over protectiveness. Adults seem inured to the reality of what’s going on. Why isn’t anyone talking about the fact kids go missing? asks a Loser. Derry has a stultifying affect on its citizens. They’re mired in acceptance. That this happens, it’s how it is. Kids go missing, disasters happen, and you muddle along. You don’t talk about it. The Losers, seeing that the grown world is going to offer them little or no help, know that they alone can rail against this evil.

Central to the film is the relationship between the kids, which is terrific, each young actor perfectly pitched. Second to that is the tension and scares, which are also terrific. No scare appears for the sake of a cheap thrill, it’s all integral to the plot, and expertly judged. There’s no need to see torture porn, gore, the film looks beautiful, not filmed and edited on a Nokia. The kids are too young to be the kind of Douchey High School shit you can’t wait to see disembowelled. This is proper Horror. You’ll jump, but you’ll be rapt. And Bill Skarsgard’s Pennywise the Dancing Clown is a concoction of pure malevolent voracity. His protruding teeth, the reedy voice, the yellow eyes. This Pennywise, who could have ended up coming across as beyond parody (see Tim Curry in 1990’s version), is truly monstrous.

It opens in cinemas on Friday 8th September. 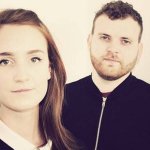 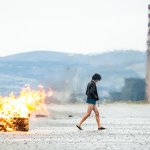 Next
The Drummer and the Keeper