Another Hollywood movie, another accusation of whitewashing. This time it’s a character known as the Ancient One, in the canon of Marvel’s Doctor Strange a Himalayan mystic but in the motion picture version portrayed by the very caucasian Tilda Swinton, cosplaying as Aang from Avatar: The Last Airbender. It’s not the only change from the source material; Scott Derrickson’s film — from a screenplay co-written with fellow Sinister franchise vet C Robert Cargill, and Jon Spaihts, who penned the upcoming Passengers — is liberal with its ‘reimaginings’. And there may very well be pragmatic reasons for this specific racial swapping; the usual Tinseltown excuse of a recognisable face, presumably, plus the notion that a powerful potential Tibetan probably wouldn’t play well in the massive market that is the People’s Republic of China. Still, even with such caveats in mind, it’s a problem. (As if the ‘white saviour’ myth at the heart of the concept isn’t a problem enough.)

To be fair, most people will be oblivious to such issues, much as they’re oblivious to the character of Doctor Strange in the first place. An old favourite of comic book fans, not least for Steve Ditko’s psychedelic artwork that tested the limits of the Comics Code in the ’60s and ’70s, the enigmatic sorcerer is hardly a household name. It’s also safe to assume this film, like Ant-Man before it, began life as a perfunctory entry in the Marvel Cinematic Universe spreadsheet. It’s an origin story that exists as nothing more than a set-up for the character’s inevitable rendering as a plot convenience in the next instalment of the endless, grinding dirge that is the Avengers saga. What was there to lose, other than Derrickson’s potential for helming future big-budget blockbusters, and Benedict Cumberbatch’s for fronting them?

So it’s a pleasant surprise that both put on an entertaining show here, provided one takes the film for exactly what it is. Essentially a fusion of House MD with the plot of kung-fu classic The 36th Chamber of Shaolin, with trippy visuals borrowed wholesale from Christopher Nolan’s pseduo-profound Inception and Interstellar, and an appropriately baroque soundtrack that blends sitar drones with Tudor harpsichord riffs, Doctor Strange is certainly one of the weirder superhero movies in recent memory. Think the tunnel scene in the original Willy Wonka and the Chocolate Factory more than any other Marvel production. But the story is fairly straight: an accomplished yet egotistical surgeon loses his skills in a car accident, travels to Asia to find himself, and is trained in arts metaphysical to do battle with forces that threaten our whole existence. Simple, really.

That its executed with a panache hardly evident in the director’s previous work — his best film, 2012’s Sinister, trades in atmosphere over spectacle — is even more surprising. Blending CGI with actual sets, the world imagined here is an impressive one, from gravity-defying battles in rooms and streets that contort like an Escher drawing, to the space-folding portals that emit showers of sparks like Catherine wheels. The fight choreography courtesy of direct-to-video martial arts maven Scott Adkins — who cameos as an evil henchman in one of the more arresting clashes, a spirited hospital showdown on the astral plane — is above par for a mainstream action movie that isn’t The Raid. On appearances alone, it’s a winner.

The look of it does do a lot of the heavy lifting, however. With a cast that includes such thespians as Chiwetel Ejiofor (as Strange’s mentor-cum-sidekick), Mads Mikkelsen (as the boring bad-guy catalyst), Benedict Wong (sidelined as a gruff librarian) and Rachel McAdams (the cipher love interest, to give Strange a connection to his human side), the eponymous protagonist is the only character given any kind of depth, and even then is little more than an answer to the question ‘What if House were a sorcerer?’ At times Cumberbatch’s generic American drawl gets so close to Hugh Laurie’s you’d swear the latter had dubbed his lines. Yet I can see how the painfully obvious comparison works thematically: both are gifted doctors forced to find a new direction; both use sardonic humour to deflect from their inner torment. And there’s the whole Sherlock Holmes thing too, but I digress.

Speaking of humour, there’s too much of the wrong kind of it in the script. True to MCU form, Doctor Strange can’t help itself with the silly little jokes, whether coming from a place of ironic detachment, or embarrassment at taking a comic book story on its own terms. The gags only work when the cynical Strange is the one making the quips that undercut the gravest situations, because at least then there’s a reason. It’s doubly aggravating as it betrays a lack of confidence in the finished product; the film is a rip-roaring ride without such desperation for levity. Rip-roaring, and thoughtful, too; with an ending that turns the myth of Sisyphus on its head, it plays with the concept of time in more satisfying fashion that the imminent Arrival can manage. I’m sure few would expect that from a movie that can be distilled into three words: Inception, but fun. 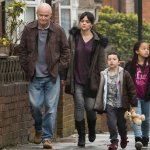 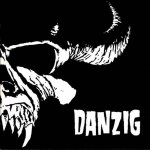