Before I Go To Sleep

Christine Lucas (Nicole Kidman) wakes up with no memory of the previous day, nor indeed month, or many years. She doesn’t even know her own name till the man who shares her bed (Colin Firth) tells her. He goes on to explain, with the weary air of someone who’s repeated this exposition countless times before, that he’s her husband Ben; that the two have been together since university and married for 14 years; and that her rare case of amnesia is the result of an accident that’s rendered her unable to retain any memories beyond a single day. To say she’s upset about that would be an understatement.

Based on the best-selling thriller novel by SJ Watson, Before I Go To Sleep is far more Memento than 50 First Dates, quick to establish Christine as a vulnerable goldfish who can hardly trust herself, let alone the few people in her orbit. There’s Ben, a starchy British gent who leaves her alone in their big, empty semi-rural home all day while he teaches chemistry at a local school. Then there’s Dr Nasch (perennial heel Mark Strong), who purports to be a neuropsychologist helping Christine to regain her memory, but without Ben’s knowledge.

Both have their motives one way or the other. As much as Ben appears to adore Christine – pasting on the wall images of happy times together and the like – he obfuscates or drip-feeds some pivotal details of her past, such as the circumstances of her ‘accident’, and is prone to angry mood swings. Meanwhile, Dr Nasch encourages Christine to record herself on a video-enabled camera, in the hopes that she will develop faith in her own conviction, though his methods later turn increasingly suspicious.

There’s nothing new here if you’re familiar with the Hitchcock formula, though writer/director Rowan Joffé keeps things fairly plausible as to the bad guy’s true identity till the plot’s ready to show its hand. That’s helped by having an actor of Kidman’s calibre in the lead, anchoring nearly every scene and physically communicating the growing tension as she pieces the fragments of her broken memory back together. It’s difficult to fault her.

What can be faulted is Joffe’s execution. His overuse of horror tropes in the first act – muffled sounds from outside the house, sudden unexpected phone calls, traffic-related jumpscares aplenty – betrays enthusiasm for a tricksy method of filmmaking but without much understanding. By the second act he reins himself in, but too much, slowing the pace to bog-standard, overcast drama when more heightened melodrama is what’s called for. That also affords plenty of time to meditate on the blatant product placement (how much did Panasonic pay?) and the yawning plot holes. (Why is a woman with severe amnesia left at home alone? How does a chemistry teacher afford a house like that? So many hows and whys!)

But as the story starts winding towards conclusion, it’s as if he got bored with filming the psychological thriller he was hired to make and did whatever took his fancy. The denouement’s tone veers so wildly from frantic bunny-boiler violence to Disney-fied hokum it makes one wonder if someone didn’t have an episode in the edit suite. Regardless of whether such claptrap is derived from the novel’s plot, only Joffé is to blame for what unfolds on screen.

Before I Go To Sleep opens nationwide on September 5th 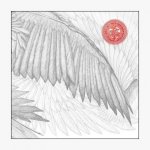 Previous
The Bug – Angels And Devils 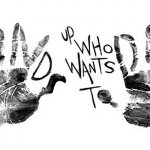