It shouldn’t work – a heist thriller with car chases that’s also a stealth musical? Really? But if anyone was going to pull off the improbable, it’s Edgar Wright. He’s a filmmaker with a lot to prove after his high-profile departure from a superhero project many years in the making. And he exorcises many of those demons in Baby Driver, a film that displays unabashed affection for genre cinema from a director whose Hollywood experiences would be enough to kill anyone’s passion for the medium.

Style, speed and sounds are all to the fore in a high-octane thrill ride that plays on the Tarantino template of working off a killer soundtrack, but goes that bit further by weaving those songs into the world of the film. The central conceit is an MP3 playlist that’s the constant companion to our titular motorist (Ansel Elgort), whether he’s making a coffee run to the strains of ‘Harlem Shuffle’ or rocking out to the Jon Spencer Blues Explosion in his souped-up getaway wheels.

Those opening moments are about as twee as it gets, however, as Baby Driver is very much built around its breathtaking action. Baby (yes, the name is explained) is a driver, or rather indentured servant, for Atlanta crime boss Doc (Kevin Spacey) who masterminds heists around the city with a rotating crew. Among them are the likes of Buddy (John Hamm) and Darling (Eiza González), a regular Bonnie and Clyde with a hint of Mickey and Mallory, who white-knuckle it in the back seat as Baby peels around the city at breakneck speed to evade and outwit the cops.

But the addition to the team of the unhinged Bats (Jamie Foxx), along with Doc’s reneging on the spirit of his deal, upsets the careful rhythm of their operation. And when his kindly foster dad (CJ Jones) and diner waitress sweetheart (Lily James) come under threat, it’s time for Baby to grow up.

That’s the action part taken care of. But Baby Driver is also a musical, not merely a film with a songs in it. It’s not just in the copious music-world cameos (OutKast’s Big Boi, Killer Mike, Paul ‘Phantom of the Paradise’ Williams, Sky Ferreira and the aforementioned Jon Spencer all show their faces). Music is integral to its matter. The music in Baby’s ears shapes his experiences, and it’s manifest to the audience in a slightly off-kilter, fairytale Atlanta, the pulse of the city matching the songs beat for beat. It shouldn’t make sense, for instance, that a fire fight at a warehouse arms deal gone wrong should sync up with the rhythm of ‘Tequila’, but it does. (Incidentally, that scene gets right in five minutes what Ben Wheatley’s Free Fire couldn’t in an hour and a half.)

Wright has solid references to work on here, both blatant (The Blues Brothers and John Waters’ Cry Baby are directly homaged) and more subtle (a particular choice of dress evokes Roxy’s courtroom blouse in Chicago). There are solid performances to work with, too, from a cast diverse in ethnicity and ability (Jones, deaf since childhood, and Elgort conduct their scenes in sign language). And Wright heaps on a healthy dose of silliness amid the more serious moments; aside from the nods to his own Cornetto Trilogy, the pair of stoners who appear out of nowhere in the perfect sports car make for the kind of deus ex machina that’s impossible to hate.

That’s not to say there are no negatives, rooted mostly in the lack of originality. The one-more-job plot is as tropey as it gets. The car chases, while exciting and expertly choreographed, are straight out of the Fast and Furious franchise. Even Baby’s connection to his past through music is a direct lift from Guardians of the Galaxy. (And there is little to no chemistry between Elgort and James, to a comical degree.)

But like any good remix, Wright spins those old tunes into a fresh new thing. Baby Driver plays like the liberation for Wright that his previous Hollywood film Scott Pilgrim never really was (stuck firmly as it was to its source material in look and tone). It’s everything he wanted in a movie — and probably much of what he wanted to put in his vision of Ant-Man that wasn’t to be — blended together in a melange of ideas that should clash but ultimately complement each other.

Above all, Baby Driver is a hell of a lot of fun — and importantly, it feels original, even if it’s easy to pick out its parts. 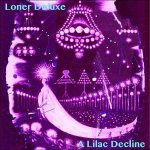 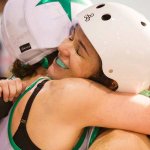