Can video games be art? It’s a question about which more than one intellectual has waxed lyrical over brandy and cigars, and your answer may be different from mine. But Morgondag game design duo Vendela Carlberg Larsson and Kim Gunnarsson firmly plant their flag in the art box with RymdResa, crafting an experience that at its core harkens back to Star Control 2 – a top-down space title with an emphasis on exploration – only now it’s graduated Cambridge with an honours degree, swearing off violence in favour of poetry.

This PC roguelike (with an Xbox One version in the works) will test a player’s reflexes with its rather retro thrust/counter-thrust control scheme. An ill-timed boost might see the player’s ship heading towards the molten heart of a sun. At times you may even feel hampered by the controls – more so by the third level when everything seems to move much faster than your jalopy, and especially if RNG wasn’t on your side in the early stages and drops were spare.

Upgrades, like threats and level layouts, are randomly generated as you explore deeper into the darkness of space. Driving the player forward is the promise of finding new audio logs, equipment and, ultimately, a new home. RymdResa also employs the on-trend semi-permadeath mechanic, so that any upgrades, research and consumables that you gather will carry over to your next life upon your (inevitable) demise, somewhat lessening that all-for-nothing blow typical of the roguelike genre, and making it hella more appealing to those of us still suffering PTSD from our first run-in with a zombie horde in Cataclysm: Dark Days Ahead. 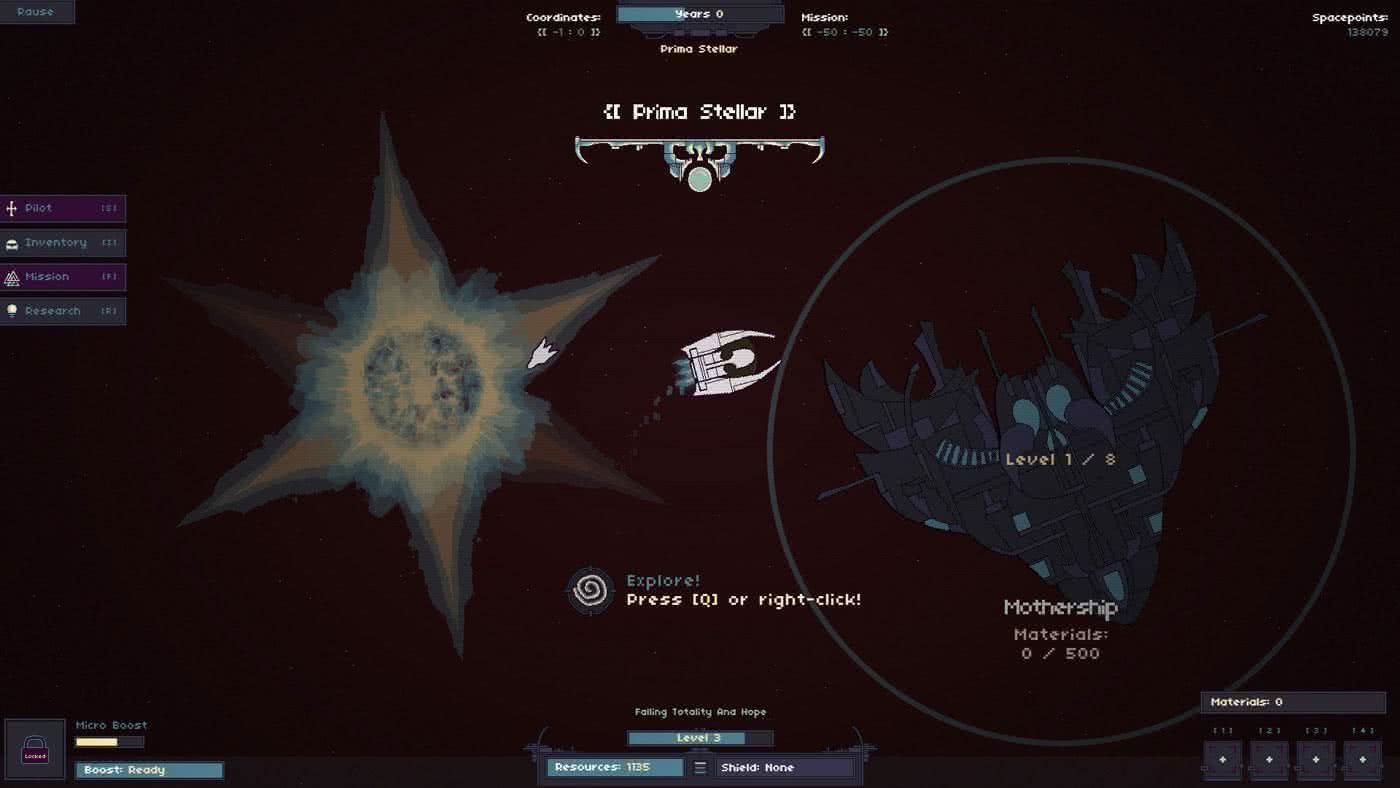 Another bugbear of both roguelikes, and titles that heavily rely on random generation for excitement, is sacrificing story in the name of gameplay. However, RymdResa strikes a good balance between the two. Audio logs relay a non-linear story told in verse by a disembodied, digitised voice, which creates an atmosphere of inhuman loneliness underlined by a sense of rare optimism. All this is supported by some damn pretty art design that shows we’re speedily leaving the drab, hyper-realistic FPS era behind. The minimalist colour palette, highlighted with splashes of red and yellows, might appear two-dimensional at first, but nothing ever feels lifeless as subtle background layering is cleverly employed to add depth.

As solid as the storytelling is, there’s no doubt that after an hour or three, things do get a bit repetitive. As relaxing as floating around space is, it felt like RymdResa had shown me all it had to offer within the first few hours, gameplay mechanic wise. While upgrades to your ship are bountiful, the novelty kind of wore off as my inventory filled up, and research mechanic feels tagged on as an afterthought, and never crucial to completing your goal.

In the last two years, space themed games have started flooding the PC market in a way we haven’t seen in years, and while their gameplay might differ, they do tend to share amazing techno-esque sound design. RymdResa’s composers Tom Croke and Pat Jacobs deliver an equally stunning soundtrack, its ethereal nature adding to the meditative vibe, and leaving me yearning for a yoga mat and a wheatgrass smoothie.

There is surely no doubt that RymdResa is art. It works hard to create an emotional connection with the player, forcing you to think about the seemingly endless mission your vessel is on. Still, some might accuse it of getting too stuck in the minutiae of the experience and not varying up the gameplay enough in the latter stages to keep players glued. 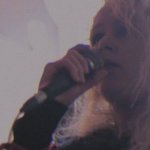