Molossus, Laura Sheeran and Diarmuid MacDiarmada play backstage at The Tivoli this Saturday

Molossus
‘Molossus are a 5 piece alternative band from Dublin featuring members of The Jimmy Cake, Hands Up Who Wants To Die and Percolator. Molossus is the sound of an owl and a bear fighting over a mason jar full of electricity. Imagine a cloud full of razor blades ; you’ve just imagined Molossus. When you find yourself screaming into the abyss, Molossus will whisper back.’

Laura Sheeran
Laura Sheeran sings and performs on a loop station, bowed saw, melodica, accordion, flute, ukulele, and used a TC Helicon Voice Live 2 to manipulate her vocals and create harmonies. She frequently incorporates improvisation into her performances. Blending classical influences with heavy electronic production and filtering it all through a dark witching gauze Laura’s music is both melancholic, rich and powerful and has led her to be described as “an episode of Twin Peaks in female form”.

A ‘creative dynamo’, Laura has an extensive back catalogue of work to date including a number of soundtracks that she has done for various theater shows and short films, her solo (and collaborative) CD/Vinyl/digital releases, not to mention a series of videos she herself has filmed, edited and released in tandem with her music.

Diarmuid MacDiarmada
Diarmuid MacDiarmada is a polymath, bon-viveur and self-help guru responsible for inventing numerous musical genres including Radical Country & Irish and Bloke Metal among many others. His first novel ‘Crunishment and Punishment’ has topped the imaginary book charts for years and ‘The Psychonautical Almanac’ continues to amaze and enlighten truth-seekers everywhere. 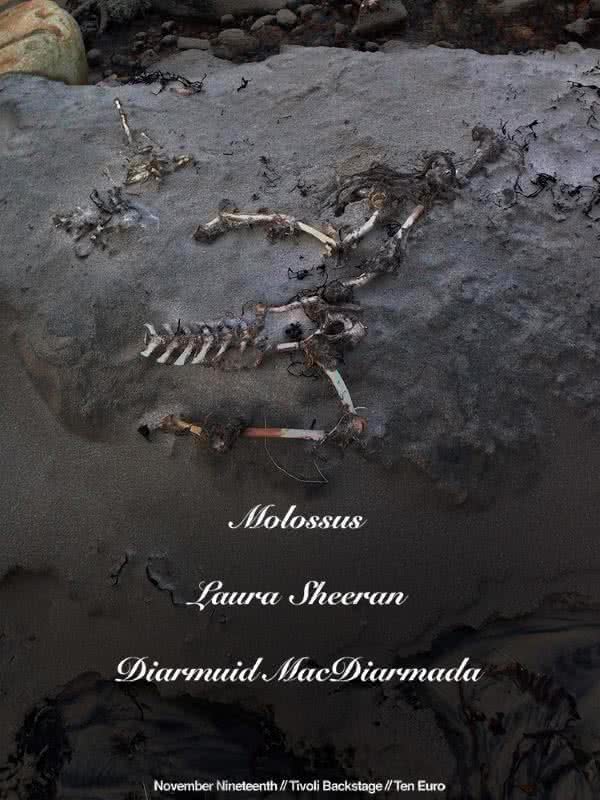