I say yes. Biden is the obvious choice for the top Democrats but it seems he keeps coming across like a doddering old man and all this stuff with his son ain't helping. He could still make it through though. Several people have pointed out that Obama was floundering in the low 20%'s at this point in 2007.

My understanding is that Bernie is dependent on people who don't normally vote, therefore aren't being polled, on turning up on the day. The democratic nomination voting process is a bit beyond me, I've seen people saying he can't be chosen in some states because he's not a member of the democratic party. I assume that's not true though or his entire campaign would be pointless?

Sanders has suspended his campaign after experiencing chest pains, having a couple of stents put in apparently.

Looks bad doesn't it? Then again, the people who worry about "electability" were never going to vote for Sanders anyway.

Let's just take a moment to consider: Trump came up with a plan to dig a moat along the US/Mex border, and fill it with snakes and alligators.

And the White House asked how much this would cost. Presumably two quotes, one with alligators armed with lazers on their heads, and one without.

President Trump's current harder-line immigration polices, and the precursory purge at the Homeland Security Department, began with a two-hour meeting in March during which Trump ordered top officials to close down the entire U.S-Mexico border by noon the next day, The New York Times reported...

he's gone even further off the deep end today too.

magicbastarder said:
he's gone even further off the deep end today too.
Click to expand...

Now's probably about the time you'd call in Anton Chigurh to fix the situation alright.

it's only a matter of time before he starts claiming video footage of himself talking is fake.

Bernie Lomax said:
eat the babies is a policy i think everyone can get behind

What does she mean START eating babies?

Bernie Lomax said:
eat the babies is a policy i think everyone can get behind
Click to expand...

We don't eat the babies, that would defeat the whole point. We SACRIFICE them to Moloch.

Moloch eats the babies. If we ate the babies we'd be in breach of contract.

Even if (and it's a huge if) there's spare babies, even then you'd have to at the very least notify Moloch's attorneys.

Seems Bernie had a heart attack

There will never be a Gen X US president.
N

Billy was born in London so he's not allowed run unfortunately... 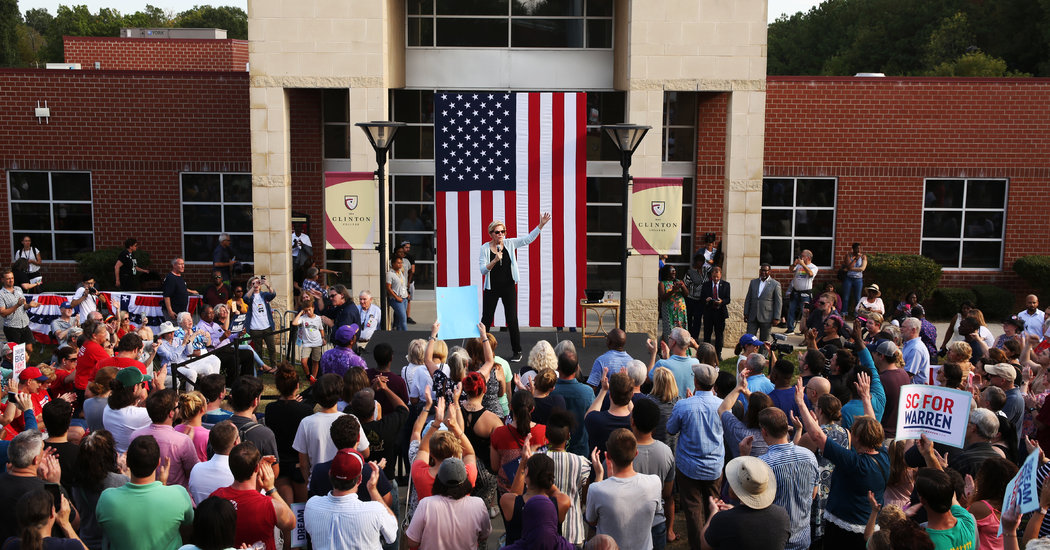 Opinion | Warren Versus the Petty Plutocrats

Why do they hate her? It’s mainly about their egos.

So is she the likeliest nominee at this point? With Bernie supporters going over to her if he slips out of the race? Not that I'm writing him off, not least after his latest funding drive and his ability to go toe-to-toe with Trump
Click to expand...

Bernie will tell them to, he'll include a fairly persuasive argument. I'd imagine the transfer of support would be reasonable enough.

Billy was born in London?