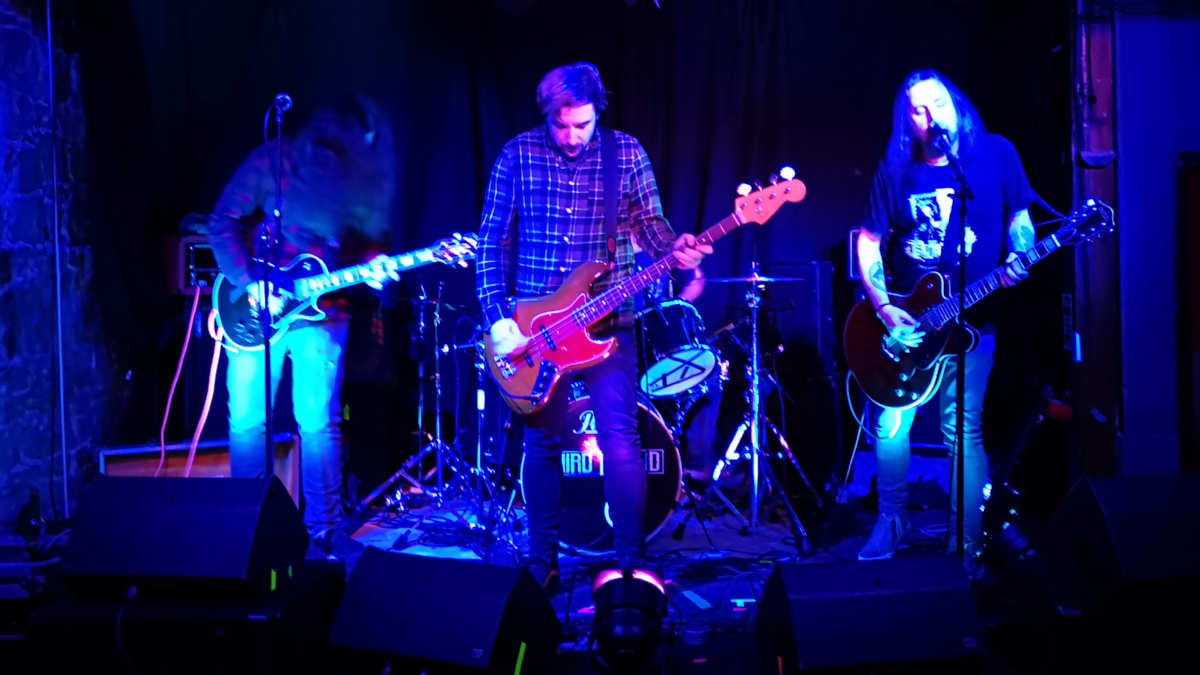 Consisting of four underground lifers previously spotted in local noiseniks such as Crows, Drainland, Lurch and New Gods, the band offer up four songs sitting between all out abrasion and ramshackle melody. Opening track “I’m Going To The Fucking Moon” lampoons conspiracy theorists over a wave of huge riffs, and even comes with a handy visual aid which you can look at right here:

Next
The Middle Ages – A Little Less