Have a listen to R.S.A.G.‘s recently released Leave A Light On single

Rarely Seen Above Ground a.k.a. Jeremy Hickey releases his new single, ‘Leave A Light On’ on April 29th from his forthcoming 3rd studio album.

‘Leave A Light On’, is a stomping, vocal led, breath of fresh air, both carefully crafted and undeniably energetic. The use of intermittent brass, textured vocals and R.S.A.G’s trademark furious drums treads satisfying a line between spontaneous energy and controlled poise.

R.S.A.G has another busy summer on the cards, taking his hypnotic live show to the stages of a number of Irish Festivals as well as completing his eagerly awaited 3rd album. The multi-instrumentalist has been joined by producers Leo Pearson (U2, Elvis Costello, Shit Robot) and James Darkin (Kanye West, Rihanna, Hozier) to add the finishing touches to his latest body of work. 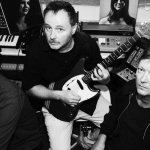 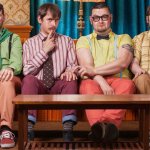 Next
Not Monsters – On Tilt