A. Smyth – Into The Darkness

The first song to be released from A. Smyth’s forthcoming debut album, Into The Darkness is about “sacrificing the past and present in order to carve out some future hope.” The rest of the LP is a reflection on the impact of  “instant gratification, transient fame, rolling news cycles, instability, fast-paced lifestyles, social competition, high stakes and even higher expectations,” proving once again that you’re never too young for a good mid-life crisis.

Smyth wanted to explore the impact these pressures were having on both him and his relationships with those around him, rather than feed these experiences as he had done through Vann Music’s often high-octane and hedonistic music. As a result, his new songs delve into a shared experience – a sort of millennial burnout.

Smyth’s been working with producer Darragh Nolan, and our own Dara Higgins (also of The Jimmy Cake) on bass and Dennis Cassidy from Selk on drums. 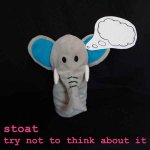 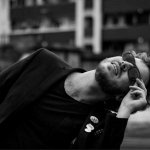