So we’ve all heard the term the original and the best. What does that really mean? Are the originals always the best, and at what stage can one of many be considered an original? Maybe they can’t? If that’s the case, then Uniform Choice, if not an original, are a very early example of positive hardcore punk rock.

Whenever I look across the Irish Sea at states in the US, it is punk bands or scenes that come to mind. For every Seattle and grunge connection you might have, I have an Orange County and its posi-punk scene.

It was the mid 80s and music was getting faster and faster. The Pistols and The Clash had been followed by different musical aspects of punk –  be that oi, post punk, street punk, anarcho punk, and as bands like Discharge were taking guitars and making them as fast and fuzzed out as possible, Orange County trailblazers Uniform Choice took the guitars, turned down the distortion and tried to sing. 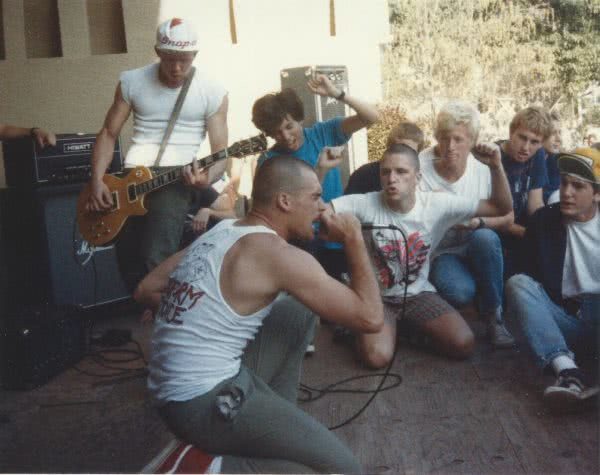 They were part of a group of people that sang about positivity. They were screaming for change and compelling people that they “better listen“. The choice these uniform people made was to live life in the straight edge and boldly proclaim it. In 1986 this was a harder choice for many than the leather, bristles, studs and acne that GBH and their ilk boasted of. I was one of those back then that felt scunge drinking was not for those of us that wanted to effect change, and I saw in bands like Uniform Choice and Youth of Today and Minor Threat a real chance to exist outside the mainstream.

That was what New York, Washington DC and Orange County signified. What is more ingrained into Irish Society than alcohol? I saw first-hand how it destroyed some people’s lives and felt that people were being complicit in its acceptance by drinking that cider or Guinness. Whilst never really identifying as straight edge I was happy to publicly state my lack of desire for alcohol. These bands playing their tunes at breakneck speed helped bring that out. For sure, as an 18 year old, I discovered a new gang. I didn’t appreciate this was a gang as we “are all individuals” but being able to say no thanks and sing along to words like “finally do you understand drinking doesn’t make you a man” I dreamed of being across the Irish Sea where Guinness wasn’t necessarily good for you.

Uniform Choice were a soundtrack of heartfelt intent, and now 30 years later Southern Lord have reissued their classic Screaming For Change record. Whilst the decades have helped inform and mould my opinions (I still don’t drink alcohol but care little whether you do or not) these blasts of short, sharp energy have aged, much like that fine wine that is still untouched in the bottle, extremely well. 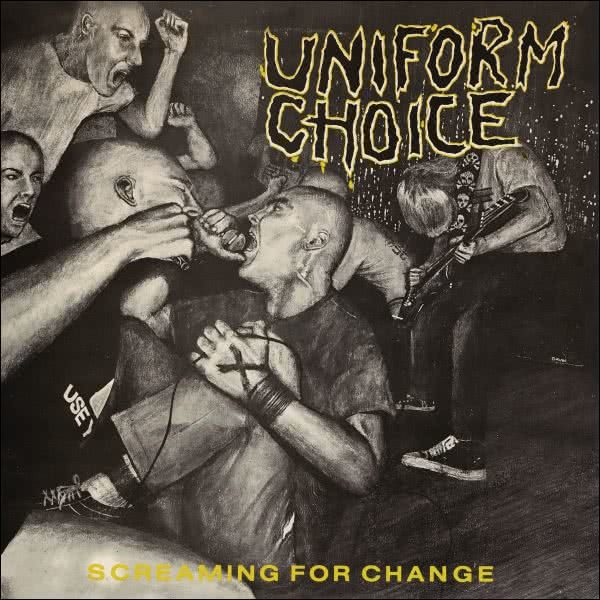