The Bridges of Madison County – The Divil Wears Prada EP

“If this is any indication of the quality of their upcoming album, due hopefully some time before the end of the year, then it’s gonna be a belter.” – MacDara has found something to believe in with The Bridges Of Madison County’s The Divil Wears Prada EP.

I‘m sick of good bands breaking up, or ‘going on hiatus’, or whatever you want to call it, before they’ve even made a proper record – or left any kind of a legacy, for that matter. It’s especially galling when shite bands tend to stay around forever. The good ones sparkle like tiny nuggets of gold amid the vast piles of muck the others shovel out, but when you sift through all the crap to find those little shiny pieces, you end up with hardly enough to make a feckin’ nanobot, and it hurts, you know? You think you’ve found a keeper, you think you’ve found something to believe in, and then they’re gone.

There are so many examples. Here’s one: anybody else remember 46 Long? I still do. I mean, how many bands do you get today that sound like the Minutemen? They were brilliant live, they put out a pretty good 10″ and then of course they had to go and fall apart before they did anything else. The pricks.

I got that same feeling listening to the first release from self-described ‘scruff pop’ outfit The Bridges of Madison County – featuring members from The Jimmy Cake, Hands Up Who Wants To Die and Hooray for Humans. I’d let the name put me off before, presuming them to be an alt.country band or something (seriously, it’s one step away from The Prince of Tides – don’t get any ideas), but the four tracks on The Divil Wears Prada EP make pretty clear they’re nothing of the sort. Indeed, if anything they’re on a Hoover trip with their trumpet-damaged post-punk racket. Finally something to believe in again.

Opener ‘Eggs of Contempasaurus Rex‘ bubbles over with noisy vigour, all shouty vocals and nervous energy, before simmering into a hulk of a tune anchored by a grimy blackened doom riff that’s itself juxtaposed by the airy trumpet line. Nicely done. ‘1-12-123-1234-12345‘ follows with some frantic buzz and howl – that rapping snare drum sound really makes it – while ‘Sympahty For the Vuvuzela‘ recalls Sweep The Leg Johnny’s slower-tempo workouts, and ‘Mathrock Mewzack‘ ties up the loose ends as it shapeshifts between hardcore breakdown and wiry no-wave.

If this is any indication of the quality of their upcoming album, due hopefully some time before the end of the year, then it’s gonna be a belter. And that makes me even sadder, now that I know they’re ‘taking a break’ while their bass player moves to France for a year. You’re breaking my heart!

The Divil Wears Prada is available now via Bandcamp. 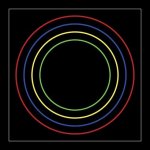