“The band have a laid back, well earned ability to play, but they could be sticking hot knitting needles into a burlap sack full of angry possums when Sheard sings” – Dara Higgins on Snowgoose‘s Harmony Springs.

Glasgow’s Snowgoose are folk rock gang centred around the clear, untainted vocals of Anna Sheard and supported by a band of experienced, accomplished musicians. In fact, so accomplished are they they boast Raymond McGinley of Teenage Fanclub and Jim McCulloch of BMX Bandits, along with some other luminaries dropping in to add touches here and there.

The debut album was released on vinyl for record store day earlier this year, but is getting its belated CD release now. It’s an album of folk-rock, maybe even folk-pop at times, harking back to when folk got all progressive at the end of the sixties. Think Sandy Denny era Fairport, rather than the wyrd folk of Incredible String Band and the like. On the title track, Sheard floats around the verse with a Vashti-esque lilt, with the band offering tight harmonies. “Keeping it simple, keeping it clean” she says in the chorus, which is clearly their manifesto. There’ve been worse. The playing is tight but relaxed throughout. On Shifting Sands, bassist McGowan switches to a double bass, and the rhythm goes all 5/4 on us, but thankfully doesn’t dissolve into some kind of jazz-pastiche.

The Apple Sun, we’re nearly in ballad country, what with the acoustic guitar making an appearance, with lovely plucked notes of upright bass underpinning it (reminds me, slightly of You Take Away The Sun from Gavin Friday’s first album (the good one)). The second half of the album slows down a bit, drums take an occasional back seat, and the violin becomes the harmonic equal of the vocals. But when they bring it down, it just gives it space to bring it all back up again, with the jaunty Hazy Lane. It finishes with a more downbeat Whispers And Echoes, a Calvary Cross with the extended guitar soloing.

The band have a laid back, well earned ability to play, but they could be sticking hot knitting needles into a burlap sack full of angry possums when Sheard sings. Her voice is a delight, with a kind of tremulous innocence in it. The attention to period detail, as it were, marks it out as a curio. The idea of “progressive folk” is an odd one, for in order for folk to “progress” it needs to stand still. This album is folk from the seventies, back when albums like this were happening, and folk was in revival. There’s really no attempt to innovate, but that in itself is a kind of tacit acceptance that there’s nothing new to be learned, and that music, at least the folk rock corner of it, attained maturity back in 1972. Why change a winning formula, they suggest. If you’ve ever heard Mumford and Sons, how could you not agree? 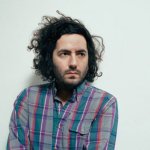 Previous
Destroyer – It Would Be Silly To Feel Blessed 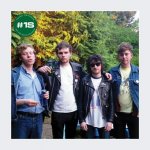 Next
Singles Roundup – The #1s & The You And What Army Faction