Destroyer – It Would Be Silly To Feel Blessed

Dan Bejar has been making a most singular noise for almost 20 years now. Since he formed Destroyer in 1995, he has pursued his own path through indie history and into the future, picking up bits of genres along the way but never managing to sound like anything else but Destroyer, whatever that happens to sound like at that given moment in time.

Along with his sojourn in The New Pornographers around the start of the last decade, Bejar has made nine albums with Destroyer, each a new exploration of some classic sound, twisted and updated for the modern day. The last Destroyer album, Kaputt, was his most successful to date and with good reason; it saw him perfecting a louche and languid masterpiece of twilight disco synth pop.

This Thursday, Destroyer make their first ever appearance on Irish shores at Whelans.

We tend to only hear from people these days when they’ve got something new to sell us so it’s always interesting to catch people in the in-between stages. What’s life like for you in between albums?
Depends which albums. Life between records used to feel about 3 months, now it’s 3 years… I guess that’s what growing old is. There has been a lot of travel, touring, enjoying myself on stage probably more than I ever have, which is maybe a weird thing to occur in year 18 of destroyer. Life’s pretty quiet and domestic between records, though there is flux within that too…

What are you reading at the moment?
I’m trying to read Lydia Davis’ translation of Swann Way. But I keep losing my place…

Thousands of Irish people emigrate to Canada every year and it’s seen here as a kind of haven from the economic woes going on everywhere. What’s it like for you? Would you recommend it, Vancouver specifically I guess, as a place to live?
Vancouver has a lot of natural beauty that I take for granted cause I was born here. It is a rainforest wedged between the Rocky mountains and the Pacific ocean, which explains a little bit the almost-impossible costs of living. It has some good people that are hard to find. It has a form of wealth and comfort that is verging on hideous. If I was a young person there’s no way I would live here, I’d live in Pittsburgh or Winnipeg. The weather is forgiving compared to most other parts of Canada, but you must learn to love rain. Maybe the Irish are well-equipped for this.

Who are your favourite Canadian musicians? I’ve talked to a few Canadian musicians and none of them really seem to like each other, you don’t get a sense of a very tight-knit scene anywhere, and you certainly don’t seem to fit in with what anyone else is doing, like, ever.
Frog Eyes, Blackout Beach, Andre Ethier, Ryan Driver, Sandro Perri, Moonface, Pink Mountaintops… Some of these people I’m friends with and some I am not. The country is quite spread out, plus I like to foster an environment where the east and the west are at war with each other. The east always winning, the west being the underdog with a righteous cause. One of my favourite musicians of all time is Canadian – Joni Mitchell (probably top 3 for me, along with Van Morrison and Dylan). The new Leonard Cohen record’s pretty funny too, I’m really into records by people in their late 70s!

Now that you’ve had a bit of distance from it, what do you think about Kaputt getting short-listed for the Polaris prize? Was it something of a validation for maybe making a self-consciously “pop” album? And just how shocked were you when Arcade Fire won?
I gave none of it a second’s thought. I never thought the Arcade Fire wouldn’t win, which is one of many reasons why Destroyer didn’t go to the award ceremony. These awards mean nothing, too many records I love (like 99% of them!) never up on these lists, so I can feel no validation from my own inclusion. Also, on album 9 it would be silly to feel blessed.

It’s taken you a long time to get to play in Ireland and I’m sure there are some very simple reasons for that but is there anywhere left in the world that you really want to play but haven’t had the chance to yet?
In my defence, I haven’t done much touring in the UK either! It’s only in the last couple years that we’ve really started making the rounds in Europe, seeing as no one really knew the band existed prior to Kaputt, ‘cept for maybe the Spaniards, god bless them! Anywhere in Latin America is top of my list of places to go. Haven’t been since I was 3 weeks old.

You talked earlier this year about being done with touring after this European jaunt, is that still the plan for now?
Most definitely. I need to sit still, learn how to write a song again, etc.

Are you in any rush to do Destroyer album number 10 and have you any ideas floating around your head as to what might have an influence on it or what direction it might take?
Not really, but I feel like I need to start doing something in the studio again, regardless of whether there is some overarching idea or sound or even song attached. Just for the sake of knowing that it is still a muscle I can flex.

Finally, what does it all mean?
…. (insert response here)…. 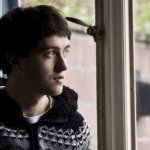 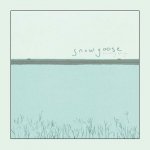