Rest – I Hold The Wolf

MacDara Conroy gives his take on Rest‘s long-time-coming second effort I Hold The Wolf, ‘a mighty double album that exudes metal from every pore’.

Talk about living up to your name. It’s taken Cork instrumental outfit Rest nearly a whole decade to produce a follow-up to their debut Burning in Water, Drowning in Flame, a record heavily influenced by the post-rock/hardcore canon – Mogwai and Rodan, especially. Only the closing moments of its final track hinted at all at the direction they would travel a few years down the line. In the interim, they managed to squeeze out an EP (2007’s Operation: Impending Doom) which showed some heavier leanings even if it was still slow-burning post-rock at heart, and clearly listened to a lot of metal: prog, death, black, doom, psych and all points in between. The resulting product of six years’ graft is a mighty double album, I Hold The Wolf, that exudes metal from every pore.

As the first strains of ‘Babylon – Constructing the Cosmos’ kick in, you’d be forgiven for thinking this was an entirely different band. And really it is, in all but name and membership (only the bassist has changed, as Colm O’Shea replaced Mark Power in 2006). Gone is the earnest seriousness of Rest’s formative days, replaced by some serious headbanging riff worship. There’s still some mathy post-rock in the mix as the band – O’Shea, guitarists Graham Lynch and Stephen Barry, and drummer Johnny Lynch – work their way around a Don Caballero-style angular maze, but then it morphs into a death metal speed run, with those pounding double bass drums and evil guitar harmonics pointing to the real meat of the matter.

At the same time, they’re demonstrating how well suited metal is to blending with other styles. The creepy keyboards and nimble baseline of ‘Scaradh’ could be a nod to those other psych-prog infused Irish underground dwellers ESTEL, but turned up just that bit louder as it transforms into a twin-guitar Thin Lizzy tribute by way of The Fucking Champs (but absent the irony that can taint such hipster appropriations). There’s more of that in the technical death-doom workout ‘Empyrean’ and the oceanic squall of ‘The Water Withdraws’, neither of which are without their quieter moments of folky prog balladry.

The pace chills out a bit at the start of LP number two with the floating stoner lament of ‘Sol – Luna – Astra’, but Rest’s restlessness can’t stay buried for long and by the halfway mark they’re already busting out their math-metal chops. ‘Iolrú’ continues that basic formula, its doleful acoustic intro section quickly overwhelmed by titanic doom riffage on a slow rolling boil. And first single ‘Descent With Modification’ translates sludgy death metal through a series of math-prog equations. It all culminates in the majestic closer ‘I Hold The Wolf By The Ears’ that ties up strands of psych rock, thrash-damaged boogie and straight-up Lizzy licks before breathing deep and bursting forth in a blackened crescendo that stretches out into the space beyond. Wonderful stuff altogether. 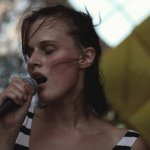 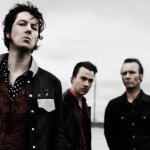 Next
The Jim Jones Revue – What A Delicate Balance Civilization Is