“Overall, this is pretty much the essence of hardcore right here, and if you don’t want to skip back to the start and rock these babies again immediately, I’m not sure you and I can be friends.”

When you think of the pioneers of hardcore punk, the usual names always spring to mind – Black Flag, the Dead Kennedys, DOA, Minor Threat, even 7 Seconds. One name that usually doesn’t make the list, for whatever reasons, is Poison Idea. Maybe it’s because they weren’t part of a bigger scene or signed to an iconic label. Or maybe it’s because they went hard rock with their debut album Kings of Punk, which came a few years late for the hardcore heyday at any rate. Either way, it’s a crying shame as their earlier stuff makes a very strong case for the hardcore hall of fame, if there’s ever to be such a thing.

At least it seems some people out there were listening: Napalm Death side-project Venomous Concept is named in tribute, and those nice people at Southern Lord have seen fit to reissue their initial self-released material as The Fatal Erection Years, effectively providing a one-stop shop for anyone whose missed these Portland trailblazers over the decades (yes, it has been that long).

The first 13 tracks here comprise the Pick Your King EP from 1983, Poison Idea’s first missive to the world, and it’s a blistering start. Twelve minutes of speedfreak D-beat blast past with barely any let-up, played tight, hard and fast. A good comparison would be the Circle Jerks’ debut Group Sex, though Poison Idea are more driving here, despite making time for a breakdown in ‘Self Abuse‘, getting a bit looser on the longest track of the bunch, ‘Pure Hate‘ (all 1 minute 42 seconds of it) and venturing into parody on ‘(I Hate) Reggae‘ (a dig at Bad Brains’ bad attitude, perhaps?). Overall, this is pretty much the essence of hardcore right here, and if you don’t want to skip back to the start and rock these babies again immediately, I’m not sure you and I can be friends.

Tracks 14 to 21 come from 1984’s titteringly titled Record Collectors Are Pretentious Assholes EP, which is a disappointment after what comes before, both in terms of the songs (too much metal riffing for a hardcore band) and the recording (big flanged guitars, but the drums are echoed and reverbed to hell and pushed to the back of the mix in that horrible ’80s way). While part of me wants to applaud them for trying something different, I can’t get over the poor execution. The group get their chops back, at least momentarily, on the next few tracks gathered from compilations in 1985, although their cover of Iggy and the Stooges’ ‘I Got A Right‘ sounds strangely familiar: the Meat Puppets covered the same song around the same time, almost identically. Make of that what you will.

The 20 live tracks that make up the rest of this reissue are fine, if you like that kind of thing. But live recordings, especially of punk shows, miss that vital element of ‘being there’ (even the good ones like Husker Du’s Land Speed Record) and the tack-ons here are no exception. I’d rather listen to the better studio versions, thanks. But no matter, as the choons from Pick Your King are really worth the price alone.

The Fatal Erection Years is out now on Southern Lord. 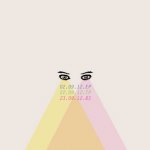 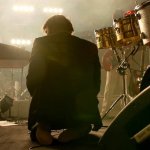 Next
Shut Up And Play The Hits