Pink Mountaintops – Get Back

‘to be honest I did feel like I was listening to Shine 6 (anyone under the age of 30 will not get that reference, but fuck you and your painless spines and working hamstrings)‘ – Watchingcattle revisits his 90’s youth for a second opinion on Pink Mountaintops‘ Get Back

I was a teenager so they were pretty great. I did all my firsts then: first drink; smoke; sight of a boob; first time I saw the remains of a burnt out horse tied to a goal post. Wait…that really happened? Okay, so some of the nineties was shit. To be fair you could say that about anything, but here’s something that only occurred to me while listening to Pink Mountaintops latest record Get Back.

Was the nineties the first decade to really go retro?

I imagine that if you grew up in the late sixties and early seventies the nineties must have been like a ten-year acid flash back. It must have felt like you’d come out of a coma – your body had aged but your brain was somehow still trapped in 1972 waiting for the Rolling Stones to come on tour and…oh wait…there they are, only they’ve aged too. One minute you’re listening to The Kinks on the radio and smoking shitty weed behind the wheel of a Ford Escort and then bang! Twenty five years have passed – your back hurts your Escort has changed shape to look like an ugly block of metal testosterone and boredom and you’re listening to The Kinks again. Only they’re from Manchester, they’re younger, the brothers still don’t like each other but somehow they’ve got bigger eyebrows now and they’re not as good as you thought they were. What happened?

I’ll hazard a guess that the people in Pink Mountaintops want to make music which resurrects the spirit of glam rock. I’ll bet they wear garish outfits and live on a steady diet of cigarettes, cocaine and groupies. They probably wear flares and say thing like “far out”. They’re probably listening to David Bowie right now and working on a time machine so they can finally get the respect they deserve. They probably claim to have never used the internet. They probably refer to this album as the best thing since Ziggy Stardust and, to be fair to them, they’ve tried really hard to encapsulate everything they could about the seventies…short of packaging it in a pair of mirror shades and lacing it with cocaine and herpes. The opening track slams Kraut rock and Bowie and a bit of Iggy in there and enough arrogance to make Bjorn Borg blush. It’s a good start, a toe tapper. You could be on to something right? Elsewhere there’s glam, and a bit of The Stones, a bit of Marc Bolan and there’s plenty of pomp and style and swagger.

The only problem is that the harder Pink Mountaintops try to sound authentically retro the more it actually sounds like a retro version of 1996’s version of retro – retro-retro, meta-retro, second-wave retro, who knows. Instead of sounding like The Kinks or Bowie this ends up sounding like Oasis or Suede or Supergrass at best and, at worst, The Dandy fucking Warhols or Kula Shaker. Not that that’s an entirely bad thing. There are some reasonably decent songs here (for example Through All The Worry could have fit on any brit pop masterpiece quite comfortably) and to be honest I did feel like I was listening to Shine 6 (anyone under the age of 30 will not get that reference, but fuck you and your painless spines and working hamstrings) and merrily strolling down memory lane, probably the lane that lead to a record shop where I could buy Aphex Twin and Sonic Youth CDs to cleanse my aural palette of Shine 6.

Living in the past is a nice diversion of course but it’s just that…a diversion. Eventually the real world, the horrible present of social media, DNA evidence, Animal Collective and Joanna Newsome comes crashing in. Eventually you realise that the nineties and its retro obsession and even retro itself is a continuum rather than a single event. It’s a horrible practice which has perpetuated itself to the point that what genuinely was new and original in the nineties has been recycled as Yuck. What was new and original in the eighties has been pilfered and cannibalised over and over and now Savages exist (which is enough to make me vomit in my mouth just thinking about it). In twenty years some cunts will probably “go retro” by trying to copy Dinosaur Jr and Sonic Youth and Pavement and will end up making something eerily similar to fucking Yuck and … oh god it’ll never fucking end!!! We’re fucking doomed.

Listening to this record I was transported back in time to shitty summers featuring shitty hash filled with plastic, doused in diesel, smoking three skinners rolled with Johnny Blue, literally hanging out the passenger side of my best friend’s ride singing along to Mansun while doing donuts in the car park beside Blessington Lake. Matt Le Tissier, Big Dunc, shitty speed, France ‘98, Zidane, the old beer garden in Fibbers, Moviedrome, Eurotrash, The Simpsons (when it was funny!!!). Good times.

Nothing on Get Back is new and unfortunately after a point it gets too repetitive and derivative. This point occurred for me when a woman with a horrible voice started badly rapping about fucking bears and drinking bear cum – it was just all too much for me. Cue all the shit memories like Nightlink bus violence and the sound of the internet dial tone (four fucking hours to download a rare Nirvana B side and at the last minute the connection drops and you have to start again), Man United’s dominance of English football, Paul fucking Ince, Chris Evans’s fucking head, Cast, Shed 7, Titanic… oh Christ, I wanted it all to stop.

If Back To The Future taught us anything (and I for one would like to think it has) its that time travel is not a reliable science, results vary and you may find yourself being molested by your teenage mother at the dinner table in front of your grandparents. In the end Pink Mountaintops try desperately to live in the past, and while they succeed in doing that, they miss out on their intended target by a quarter of a century. Marty McFly would have empathised with them, but for me it was all a bit too much – like unwanted regression therapy. At the end of Get Back (yes, it’s actually called Get Back!) Pink Mountaintops throw all of their David Bowie aspirations into one seven minute retro-epic called The Last Dance. It sounds exactly like Blur. 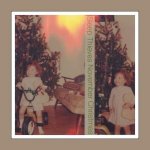 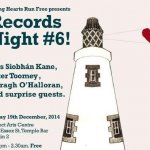