Overhead, The Albatross – Learning To Growl

‘a rounded, confident and thrilling statement of intent‘ – Neill Dougan on Overhead, The Albatross’ debut LP Learning To Growl

Some bands explode into life like a firecracker – forming, getting noticed and getting an album out in the blink of an eye (and, occasionally, fading away just as quickly). Other – clearly more patient and sensible – acts favour a slow-burn approach, honing their craft over time before they commit their work to tape, much in the manner of (needlessly pretentious analogy alert) a master painter making preliminary sketch after preliminary sketch before putting brush to canvas.

Into this latter category we can firmly place Dublin’s Overhead, The Albatross (mind that comma), whose name is a rather glorious entry into the already overstuffed canon of Instrumental Rock Bands With Unwieldy Monikers (hello, And So I Watch You From Afar!). OTA – for that is how we intend to abbreviate their handle henceforth – formed back in 2009 and have slowly built up a glowing reputation (and even acquired their own Taiwanese tribute act). Now, six years later, they eventually have a debut album on their hands.

The obvious question is: Was it worth the wait? And the answer, friends, is a resounding “Aye!”. By turns triumphant and stirring, melancholy and contemplative, Learning To Growl is an accomplished and captivating debut from a band clearly comfortable in their own skins.

A few caveats to get out of the way first. As is so often the case with so-called ‘post-rock’ (ugh) bands, the shadow of some major players occasionally looms large. The opening few moments of first track ‘Indie Rose’, all yearning, twinkly keys and gradual build-up of tension, does scream ‘Sigur Ros’ rather loudly. ‘Leave It To My Ghost’ is completely beautiful, but does perhaps owe a bit of a debt to early Mogwai – indeed the inclusion, towards the song’s end, of a distorted spoken-word sample over unbearably sad chords is slightly too close to the latter’s classic ‘Yes! I Am A Long Way From Home’ for comfort. Elsewhere, it’s clear that OTA have spent no small amount of time consuming the work of Explosions In The Sky, especially in the taut, searing lead guitar lines that colour ‘Daeku’ and ‘Telekinetic Forest Guard’.

These are minor quibbles, however, and perhaps even a little unfair (what album could you not play ‘spot the influences’ with these days?). For the most part, Learning To Growl is a huge success, and here are the reasons why.

For one thing, it’s hugely ambitious and inventive. There’s so much going in in these song which twist and turn, shifting shape in always interesting ways as they progress. We mentioned ‘Indie Rose’ above in the context of a gradual build-up of tension but, brilliantly, just when you expect that tension to explode into the cliched noisy post-rock crescendo, it breaks down and a jittery guitar line takes the song in an entirely unexpected, more nuanced direction. It’s a pattern that’s repeated throughout the album.

It’s also varied – the album is plenty full-on but some of its best moments are the quieter, more contemplative ones: Mogwai comparisons aside, the unalloyed, simple beauty of ‘Leave It To My Ghost’ manages to convey an incredible sense of longing without using any words (a neat trick indeed), and is the equal of any of the more high-octane moments on display. Ditto ‘Theme For A Promise’ which, with its simple, poignant piano line, is utterly affecting and understated (at least until about halfway through, when it bursts into life with a full choir).

The album also packs a serious punch. That the album was recorded live, and sounds both so lithe and hefty, is testament to the ability of the band. Throughout, the bass lines are full and phat (I believe that’s the term), and the drumming nimble and muscular, never more so than on the tense, high-wire walk of ‘HBG’. ‘Daeku’ is incredibly powerful, with immense crescendos vying for space with subtle string swells.

We also have to doff our caps to the tracklisting, an oft-overlooked skill in this wondrous age of downloads and streaming. Learning To Growl flows really well from beginning to end, and in particular concludes with a mighty triple whammy: ‘Paroxysm’ defies easy categorisation with evocative piano and strings rubbing up against samples and crashing breakbeats before a low, throbbing electro synth hum comes in to create a compelling soundscape; ‘Bara’ is a slow-build marriage of strings, delicate lead guitar work and some more remarkably dextrous drumming; and closer ‘Big River Man’ is simply a beast, a song apart on an album full of measured build-ups in the sense that it hits like a hurricane from the word go, and is certainly none the worse for that. True to form, though, OTA aren’t content with the track being a simple full-on rock monster and it soon dissolves into a vaguely math-y section before building up again into an almightily intense conclusion as swirling strings, pounding drums and dolorous piano coalesce into something (we hesitate to use the term, as it sounds overly fulsome, but there’s no getting around it) truly transcendent.

So, yes, this has been very much worth the wait. This is no tentative first step but a rounded, confident and thrilling statement of intent. They might have taken their sweet time about it but with Learning to Growl (needless avian pun alert), these birds are ready to fly.

Learning To Growl is out now and is available to order from Bandcamp. 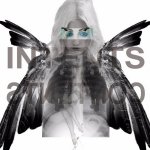 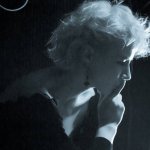