Also appearing will be local droner School Tour, plus others TBC.

CC DUST is a new duo from Olympia, Washington featuring Maryjane Dunphe and David Jacques. Channeling an elemental life-force hewn straight from the heart, Dunphe’s voice bursts into every melodic line, a cracked, soulful instrument powered by conviction, duetting, duelling and dancing with Jacques’ crisp electronic production. A light that casts shadow, a doomed, romantic music anchored by Jacques’ live bass and powerful performance values Dunphe has honed both in her punk group Vexx and in various film and performance projects.

Musically, CC Dust’s precedents might be considered the European synth pop originators of the early 80s, there’s also an abundance of low-end hooks played on baritone and bass guitars that teases the ear like early New Order productions, but in Dunphe’s passionate vocal performances there’s a close-to-the-bone reality that bypasses cool detachment. CC Dust play real songs lived. Grappling with bigger issues but brought in your face, a song like Never Gonna Die grabs life by the throat, passionate and full of energy. Tonopah is an emotionally propulsive mid-tempo starling that melts into the arms of Baby Boy, all subterranean emotion, slow burning and indistinct but no less powerful for it. Sweeping near-ballad Abra towers and soars with Dunphe’s vocal control while Mutiny closes the record with a torn peon to desire. What is it? How does it manifest? Is it all worth the tumult? CC Dust offer no answers as there are none, but they ask the right questions in a life-affirming way. Doomed, romantic, unanswerable and vital.

CC Dust’s Self-Titled 12” EP will be available in June, released in USA by Perennial Records and in Europe by Night School. They will be travelling to Europe for their first tour, commencing June 5th. 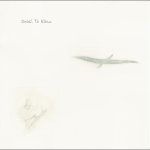 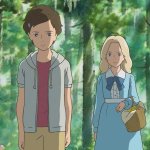 Next
When Marnie Was There