‘There are some actual songs,‘ on Nippon‘s debut album says Ian Maleney. ‘And those songs are pretty damn good‘.

As one approaches the debut album from Nippons, there are several signposts that give one a pretty clear idea of what one’s ears are in for. The first is the title, Shit Demons, which leaves little enough to the imagination. It has the gleeful support of the artwork should the words not be enough. Then there is the opening the track, the descriptively named ‘(Insert Name Here) is a cunt‘. Many people are, apparently, cunts. One hopes Nippons have a strong team of lawyers in case any of the accused decide to proceed with legal action. Should the assertions be proved slanderous, the financial impact could rip the heart from a band who are undoubtedly one of the Irish music industry’s most vital organs.

It’s not all legal chicken on Shit Demons though, there are some actual songs and those songs are pretty damn good. ‘Marvelous Amujo‘ begins with a weird, Shellac-style guitar pattern and siren-style trumpet before coalescing into a repeating one-bar figure that layers fuzz, trumpet and screeched vocals to surprisingly catchy effect. When it all breaks down again, crashes of drums and guitar feedback swirls around spoken word vocals that have something to do with early Christian martyrs. It’s hard to say what exactly.

‘Every Woman‘ is the album’s centre-point, a ten minute krautrock jam that echoes German masters of the form, Can and Neu! and closer to home, The Jimmy Cake. Something about that trumpet player seems mightily familiar… ‘Every Woman’ is an example of great understanding of form. It’s built on a single rhythm, from which melodies, drones and repeating vocals spring. Over it’s lengthy running time it throws up variation after variation, layer up layer, of blood-rushing musical power until it blows out at the top and gradually slows to a shuddering halt.

‘Invigilator‘ is pure Iggy Pop punk swagger pockmarked by ambient interludes. It would be remiss not to mention a song called ‘Shane Horgan‘ (with the lyrics “Shane Horgan/Inspirational killer/The writing’s on the wall for you” intoned over a playful Fugazi-style bassline) so consider it mentioned. The whole album is over in about 25 minutes which tends to leave the impression of mild confusion as to what exactly you’ve been doing the past half hour. Did that kettle ever boil? Amn’t I supposed to be at work by now? How much time have I got left on this earth? Big questions. Nippons offer no answers, just big riffs and tasty licks. 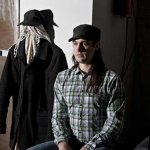 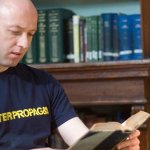