Belfast’s More Than Conquerors have a snappy, polished sound, and some catchy melodies on top of the crisp, sanitised guitar. Here’s a band that know the value of putting the hours in; together since 2009 they’re pretty much tight as fuck. The only problem with that is that everso clean production makes it all so shiny there’s nothing to hang onto, each perfectly manicured song flies by a polished fish. The accent veers across the Atlantic sometimes, and then twangs back to Belfast as if nothing has happened, a cowbell is used with impunity, there’s a recurrence of the shouting, like a pep rally in the background. The lyrics seem to be mostly concerned with livestock, or the Wizard of Oz, it’s hard to tell.

And yet, with no tune clocking in at more than 4 minutes, it works for them. They get in and out again before the interest wanes, or the discomfort with being presented with so many packaged and polished clichés becomes unbearable, and you can just about appreciate that they’re good at this, very good at the playing, the structuring, the fitting in the melodious vocal lines instead of the growling, screaming angst, the reprehensible catchiness of it all.

All the tropes are accounted for here. The FIFA12 single material in Oh My Son!, the stomping, cutting on-the-beat guitar to the tempo change chorus in Bear Knuckle Fight, the Gibbard-esque vocals and slower, heaver plod in A Lion, A Man. In Hunting for the Whale there’s the ballad, with the piano chords, acoustic guitar and the reverby drums coming in for the chorus, vocals that sound like they’re coming down the phoneline. It’s all there, it’s all inch perfect. There’s no real reason that these lads shouldn’t be big, but they may have to move out of Ireland to achieve what they want, as their sound is far more tailored to the campuses of California. There’s been some little success stories coming out of Northern Ireland’s music scene recently, so they could just wait for America to come to them, because record labels are like that, aren’t they. They think success is an accident of geography. Remember Liffey Beat, that brief time in the late eighties when every band in Dublin got singed because U2 were quite popular. It didn’t really work out for any of them, even if Jerry Fish eventually got a Vodafone ad out of it.

Are labels sniffing around looking for the next Two Door Cinema Club? (Do record labels actually matter?) Are the bands here making this music because deep in their souls this is how they feel, and this is how they articulate those feelings? Or is it with the not unreasonable expectation of getting signed, and making this their career? It may even just be a generational thing, this music is the noise these kids have grown up with, the MTV acceptable angst-sport-metal-punk-lite palaver that was big in the nineties. Lets hope that MTC don’t start wearing hockey masks, or get someone in on decks just to make that final leap toward success. Not that anyone should begrudge them, or anyone else, success, least of all in the treacherous pool of shit-sharks that is the music industry, despite the fact that most acts from this country are gibbeted for even trying.

If you think that the best route to getting a swimming pool and touring with Nickleback is to make radio friendly, mainstream “emo” music for teenagers in California who are pissed off that they only have one car, then go for it. MTC are halfway there.

Oh My Son! by Smalltown America 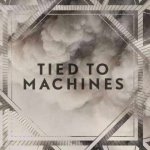 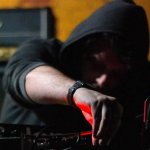