It’s funny how certain things stick with you through life and the passage of time illuminates rather than dims them. I remember my first letter from Chumbawamba. I had sent away for a 7”, which meant going to the bother of exchanging money for sterling in my post office, soaping my stamps and sending an International Reply Coupon (IRC). That’s how we got stamps to people internationally – they would bring their IRC to their post office and be presented with a stamp. We would post them, and wait, and wait… Postal deliveries were exciting, as twice a day the postie would come bearing gifts. Delivery people were our broadband.

I was doing a fanzine so sending off tons of letters, writing to bands and challenging them on whatever lifestyle question I felt was relevant.  This was our social media rant. We were faceless; writing letters, asking questions. I look back at some of them now and wonder how a 16 year old boy from Dublin found the confidence to have such discourse. Special times.

One of the bands that meant a lot were Chumbawamba. I was fascinated by the talk of a band acting as a collective, playing different instruments and using theatre to get a message across. So I wrote and, patiently, waited. No doubt I was one of hundreds if not thousands of kids doing likewise, but 6 months later I got my reply and a bonus 7” from Danbert Nobacon. There was an apology for the delay, explained in his couple of pages to me. He must have spent as much time in the post office as the rehearsal room. We were all in it together for sure – No gods, no masters.

Chumba went on to gain notoriety and we manage to get them over to Ireland for a theatrical outpouring in the SFX with Fugazi. The significance in Catholic ireland of a woman dressed as a nun, on stage in a venue owned by the (very, very Catholic) Jesuit order, showering the audience with condoms, at an event trying to raise awareness about Aids, shouldn’t be lost. This was something new. This was more than music.

And then they had that hit. They sold loads of records and passed on money to numerous groups. Some of us stayed writing letters (and even using computers!) to talk about the perils of major record labels and to remove our world from those who looked to further their careers through music. We set up our own careers elsewhere as music remained a hobby and our conduit for change.

Interrobang‽ is the new outlet for 2 former Chumba people and this, their debut album, is singer Dunstan Bruce offering his reflection on where he is with his life: “I still dream of revolution”, “Hard hitting songs for hard hit people”, “I’m mad as hell. I’m not gonna take this any more” are some snippets of words, proclamations that whilst the years go by there are still systematic issues. Kind of why I’m doing this too. Creativity and the urge to reach out reigns supreme.

Musically this harkens back to early Chumba, Mekons or Gang of Four post-post-punk. It is a great racket. I have seen them live a couple of times and it has been hard to recreate that vibrancy and electric feeling of  the live show on vinyl. It still stands up as an excellent record, but live is where the passion is and you’ll get an opportunity to see them in Ireland pretty soon.

In the meantime get this record and listen to it 215 times like Danielle Johnson (formerly King Champion Sounds) their new bass player and then prepare yourself for something else. 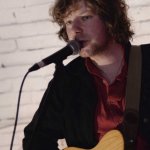 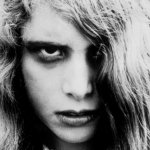