“Don’t believe the title, though; this is no recurring dream, no mere retread of a predefined sound” – MacDara Conroy on the latest from Chicago drone rockers Implodes

Centred on the guitar duo of Ken Camden and Matt Jencik, Chicago drone rock four-piece Implodes already have one album to their credit of what could best be described as ‘amplified ambient’ music. The songs on 2011’s Black Earth inhabit a dark place of whispers and phantoms and dreams turned nightmares. Yet for all its other-worldly intimations, the Implodes sound is a strictly defined one. The pattern goes like this: The rhythm guitars create a misty haze of drone that overwhelms the breathy, barely-there vocals, while the leads – especially the solos – are heavily processed, to the point of being indistinguishable from synth lines. And the drums, when they appear, are punchy but square, tracing a steady pulse. Sure, the chords might change, and the tempos (barely), but the pattern shall not be broken.

As it was of Black Earth, so it is, ostensibly, of Recurring Dream. There’s the short instrumental intro, comprising similar drifting kosmische tones. There’s those big bass drums bouncing enormous waves of sound off distant walls. There’s those ghostly voices holding just enough breath for a few words before the lungs require more air from the chilly atmosphere. But there is a big difference here, and it’s palpable. Where Black Earth draped like a blanket, the sound of Recurring Dream envelops, almost smothers. The percussion is so much bigger and stronger; the guitars chime as much as they buzz and drone. And perhaps most importantly, Implodes have shaped some proper catchy tunes out of their darkness. The melodies on Black Earth were understated, but on Recurring Dream they’re front and centre.

These songs – even the wordless passages like ‘Dream Mirror’, the almost acoustic ‘Prisms and the Nature of Light’ and callback opener ‘Wendy 2’ – each have a personality of their own, which only shows in relief how lacking Implodes were previously in that department. Just listen and feel it. Rock on that bouncing bassline beneath the choppy staccato riff of ‘Scattered In The Wind’. Be lulled by the haunting dream pop lullaby of ‘Sleepyheads’. Get carried along by the rolling, churning whitewater of ‘Necronomics’. Feel the faint heat of sunlight breaking the horizon during the magic-hour soundtrack of ‘Zombie Regrets’. Shudder amid the ominous alien insect drones of ‘You Wouldn’t Know It’. Get lost in the majestic volume of ‘Ex Mass’, vibrating and melodious like the Meat Puppets playing through My Bloody Valentine’s stacks. Resist your heart’s urge to leap as the cavernous thump of ‘Melted Candle’ parts midway into a beautiful field of bowed guitars, before soaring vocals lift above the fray. Curl up for warmth was you gaze upwards at a “circle of stars” from the ‘Bottom of a Well’, a doleful closer that conceals a trace of hope within its hair-raising post-psych soloing.

Don’t believe the title, though; this is no recurring dream, no mere retread of a predefined sound. This is Implodes stepping up their game. 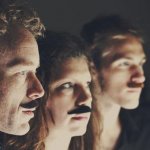 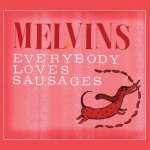 Next
The Melvins – Everybody Loves Sausages