Errors – Have Some Faith In Magic

“…a bold statement from a band that have confidently and defiantly hit their stride.” – Ian Maleney on Errors‘ third LP Have Some Faith In Magic.


Errors have always maintained a pretty tangential relationship to the post-rock stalwarts they’ve been associated with, keeping the dynamic shifts and careful textures of Mogwai and their ilk but infusing them with considerable electronic gusto. They’ve even gone as far as to inspire the possibility of busting the odd move, should the inclination take you. They’ve always been a bit more “fun” than a lot of their peers, fitting math rock jerks alongside the grandiose sway-and-release of the post-rock crowd. On their third album, Have Some Faith In Magic, the quartet have upped sticks almost entirely and entered a new realm of colour and light.

Opener ‘Tusk‘ is not much of a departure from their previous efforts, though it sounds a little more comfortable making 80s pop references than one might be used to from the Scots. The first three tracks build on this, not straying too far from the template set out in their earlier work and it’s on ‘Pleasure Places‘ that the band jump ship and hightail it towards psych-techno central. It works off a banging four-to-the-floor beat and bassline that brings together kraut influences with straight up room-filling techno. The claps come in and the vocals sit in the background, washed out in swathes of reverb. Filter sweeps abound as the track builds and builds on its rock solid bass motif, developing a constantly shifting repetition that marks a new-found maturity in their playing. It sounds a lot more like what The Field were getting at on last year’s Looping State Of Mind than anything that’s come from the Chicago/Montreal school of post-rock.

After this step, it’s off into psychedelia territory for the mid-section of the record. It’s here that Errors are at their best. The songs are mixtures of odd textures, vocal sounds and bleeps over relatively consistent beats. It’s the perfect marriage of Mogwai-ish texture with sounds that invoke a much more spaced-out place, the colours at once brighter and more distant. ‘The Knock‘ isn’t a million miles from the late 70s with some distinctly prog patterns hidden amid the glissando. It’s a strange mix, but one that works so well. Here they sound like themselves and no one else, a band truly living inside their sound.

‘Earthcore‘ is the apex of the weirdness and is a stand-out just because it sounds so odd. Male choral vocals, rapid arpeggios and precise, frantic drums make for another disarming clash of textures that sucks you in completely over the course of its five minute-odd running time. The final chapter sees things slowly return to how they were at the beginning, with more pop hooks returning to the songs and a touch of the anthemic providing a fitting conclusion to a long sail across a sea of colour.

Errors have made an album that is mature and meticulously thought out, yet still remains effervescent and fun. It’s a bright hodge-podge of sounds but all its bangs, bleeps and whistles are grounded by a consistently impregnable rhythm section. Errors have taken the old school route of development, putting in the hours in the studio and on the road for over half a decade, and it has paid off in spades. Have Some Faith In Magic is a bold statement from a band that have confidently and defiantly hit their stride. This album is a serious achievement and one that could be the start of a deliciously puzzling and captivating purple patch.

Have Some Faith In Magic is out now on Rock Action Records. Errors play The Grand Social on Saturday 18th February with Thread Pulls & Remember, Remember. 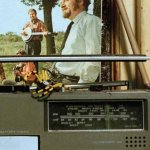 Previous
Young Hearts Run Free – When Only Words Can Describe: Friendship / The Importance Of Radio 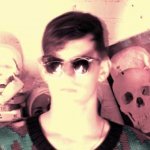 Next
Ital – The Paradox Of Art