“Relentless, like a kidnapping should be…”  Dara Higgins on the new split LP from Drainland & Trenches.

Drainland‘s Abduction Diary is exactly that, the story of a kidnapping told in 3 chapters. It’s a kind of short, brutal concept album (or half album) delivered in guttural angst and chunky, rumbling guitars. Vocal duties are shared, a scream and a grumble, though both appear to be the one narrator. There’s a hint at humour, or a kind of baroque atmosphere, in the opening chords of the wonky organ, noises and clanks that presage the incipient dread within, but that gives way to the crushing guitar and shouting and the ambience is kind of lost. There’s the problem: in a concept such as this, the story is not told by words alone, but also the music. Where there’s opportunities to change the timbre of the music, and thus reflect the story, they don’t really do this, rarely venturing away from their mean within the album, other than on Horror of Horrors which takes a break from the unrelenting hammering of low end distortion, to the more foreboding sound of plucked, sinister notes and a drone like a swelling migraine in the background. To this end the whole story yoke may even serve as a distraction, although the suggestion that after the ordeal, our narrator has to deal with the newfound horror of being freed is an interesting twist. Relentless, like a kidnapping should be, a decent idea to give us a story rather than some existential angst about why life is hard to do and stuff.

Trenches, from Galway, have gone the other direction; rather than a prog concept, they give us a prog length opus. Vaccine is 14 minutes long, and rather than it being one trope repeated to infinity, it changes repeatedly. It could be about 10 different songs, if they so felt. The only consistent thing throughout is the pterodactyl squawk of the vocals. There are parts were it sounds early nineties DC hardcore, other times there’s more of a swinging, San Fran thrash vibe. The playing is, by necessity, more varied than the Drainland side, it would have to be to keep the interest going for so long, and it definitely feels as if it’s telling a story of its own; although the only word I could actually make out was “FUUUUUUCCCCCK”.

Which, in the end, was kind of all I really needed to know.

Both bands play well, but also well within the confines of the genres. This is no impediment, stick to what you’re good at, and get better at it. The concept of a split album is great, and one I haven’t seen for many years. Both bands get a physical release, vinyl with a free download thrown in, and perhaps get to cross pollinate their audiences. Ireland’s hardcore/doom/sludge scene lives loud.

Drainlaind & Trenches play the Lower Deck on Friday November 18th with Link (Belgium), Bacchus & This Tongue is Poison to launch the split. If you can’t make the gig you can pick it up from Into The Void & Plugd. 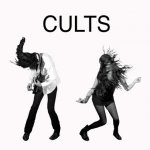