Ahead of their Grand Social gig on November 20th, Ian Maleney spoke with Cults‘ Brian Oblivion about hype, record deals and getting the fuck out of art school.

In the rather short history of music blogs and the all-singing, all-dancing buzz that they can generate, no band has been at the centre of such a storm as New York two-piece, Cults. Emerging in 2010 with nothing more than three songs on their Bandcamp, their retro-pop songs had enough spark to get everyone who mattered very hot under the collar. As the hype reached previously unseen levels, Cults were busy staying quiet and getting on with the process of making music. The blogospehere did its best to figure out who they were and what their story was before Pitchfork came up with the goods in a Rising feature in March. Brian Oblivion and Madeline Follin were finally unmasked, with the couple, then 21-years old, seemingly quite comfortable with the industry hubbub that was happening around them.

Eventually they emerged from the bustle with one official single, a freshly signed contract with Columbia records and promises of an album in 2011. Their self-titled debut arrived at the beginning of the summer to some considerable critical and commercial success. The duo have managed the rare feat of maintaining a strong, distinct voice of their own while the major label industry worked around them. The pair have currently expanded into a full band for a series of dates across mainland Europe, accompanied by another likely contender for king of the blog pile, James Blake.

Brian Oblivion looks back on that early hype with a certain level of detachment at this stage, standing proudly at the end of an eighteen-month buzz cycle. “It was exciting,” he says. “It was extremely exciting. It was terrifying at the same time. In a way, it was much ado about nothing. We had no idea what a lot of the sites that were writing about us were. We didn’t know anything about many of the record labels that were hitting us up. All this stuff was happening so fast and it was kind of blowing our heads off but I think we had good advice and good people around us, like Madeline’s family, who have all been into music their whole lives. They told us to relax and not get too excited and to not over think things. Just to keep making music and to keep doing what we originally started out doing, which turned out to be the best advice.”

The pair stuck to their task while the industry revved up around them and they carried on working on the songs they had only started to write a few months before. “We recorded eight or nine songs around the time that we recorded the first three that we put up on Bandcamp,” says Oblivion. “The only reason we put those three up on Bandcamp was because they were the first three that were done. We were planning to keep putting them up. Then when it started getting all this attention, we started taking all the songs more seriously and working on them more.”

One of the key factors in the development of the songs was the timely entry of Cults’ eventual producer. As with pretty much everything Cults seem to do, the meeting was casual, natural and cool. “We got an email from the guy who ended up producing our record, Shane Stoneback, and he had worked with bands like Sleigh Bells, Vampire Weekend and Magic Kids, some of our favourite bands,” says Oblivion. “He emailed us and was like, hey, I really like your songs, I want to work on your record, lets’ hang out. His studio was only like five blocks from our house so we started working on the record with him before we had a record label. He just said ‘You can just pay me later. Pay me when you get a deal, I know you’ll get a good deal.’ So we had a big advantage working in a studio with him, taking the songs to the next level and then walking the songs around to record labels and being like, ‘This is what we’re doing, take it or leave it’ and that turned out to be pretty cool.”

While work on the album got started without label support, it wasn’t long before meetings started being organised, some a little more surprising than others including a call from one pop star in particular. “We got an email early on when we were working with Shane asking if we wanted to fly out to London and meet with Lily Allen and at the beginning we thought that was a joke, like it was too hilariously weird to be true,” says Oblivion. “Then we went to the airport and the tickets were there! We flew over there and met with a bunch of labels in London. Columbia ended up not just having the biggest resources but being totally on board with everything. When we were over there, we played the tracks from our album, we showed them what we wanted the artwork to be like, we discussed what the videos were going to be and they were just supportive of everything and I guess they had the cash to back it up so it’s been great.”

That preoccupation with the full-picture was probably one of the things that would have attracted major label interest in the first place. Oblivion agrees that the overall impact was quite important to the pair, not surprising for two film students. “That was kind of more of our things than music was really,” he says. “Music was just coming really naturally but the whole aesthetic was more what we were studying in school and more of what we were used to so we have a lot of fun thinking about that stuff too.”

In the inevitable battle between university and the pair’s burgeoning music career, there was only going to be one winner. “We dropped out almost immediately after the music started working!” says Oblivion. “I had a meeting with my teachers right around that time and told them I was thinking about dropping out and going to try music and unanimously, every single one of them, was like ‘Get the fuck out of here! If you have a chance to go play music around the world, take it because the school will always be here.’ They all said they wished they could have done that at my age. We only have one year left so if at any time we ever want to take a year off, we can go back and finish. Those kind of degrees though, art school degrees, it doesn’t really matter as much, having the piece of paper as much as having the knowledge and being able to make art. Having the piece of paper isn’t going to get you any jobs, making good art is going to get you jobs.”

One thing Oblivion is adamant about is that their image is far from final. He wants to keep their options open as they continue to grow as people and artists. “I think your aesthetic as a band or an artist, it should be fluid,” he says. “It should change over time. We had this set of ideas that we felt was right for this record but for the next one, it’s going to be totally different. I wouldn’t like to be a band like The xx, where it’s all set in stone and you can’t go anywhere. I think that it takes people more time. You look at Tom Waits, it took him like four records to become “Tom Waits” and understand everything that he was doing. I hope that we’ll grow like that and keep mixing it up as time goes on.”

Despite their album being released less than six months ago, Oblivion is already beginning to plan their second offering. “We’re working on it right now!” he says. “It always starts off with really grandiose ideas, like right now it’s like a double-record with one side being totally electronic and one side totally electric but in the end, I can guarantee it’ll be somewhere between the two.”

Oblivion’s interest in electronic music is not completely obvious on Cults but it played a large part in his choice to study sound design for film. For him it all began with one of the big players in the genre. “Aphex Twin was like the first act that I really got into that made me stop listening to Dr. Dre and Eminem and all the stuff everyone else listens to in California,” he says. “Then I found out about rock and punk music later in life so it’s always kind of been there but I hate modern dance music with a fiery passion so if we made a dance record it would be trying to rebel against that four-on-the-floor things that’s everywhere now. Most of the music that I’ve been making has been like Portishead-style beats but that might be because I’m on tour or something. They’ll probably all end up sounding like James Blake after this run of shows.” 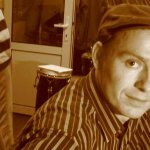 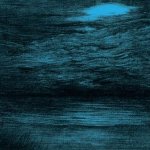