Dicks – Kill from the Heart/These People

A liberal oasis in the heart of redneck country, Austin, Texas is better known today for hosting the annual South By Southwest shindigs. But in the early 1980s it was a fertile ground in America’s nascent hardcore punk movement, producing three of the most acclaimed and idiosyncratic bands of the time in MDC, the Big Boys and the Dicks. Surely inspired by Black Flag’s championing of more left-field sounds on their SST label from the likes of the Minutemen and the Meat Puppets, the Austin trio each went in their own direction, from MDC’s raging political hardcore to the Big Boys’ funk-influenced stylings and the Dicks’ retro blues punk. The latter two bands pushed boundaries in other ways, too: Randy ‘Biscuit’ Turner from the Big Boys and Gary Floyd of the Dicks were notable for being two of the few openly gay musicians in the scene.

It was the Dicks who arguably received the biggest lift in 1983 when SST released their first LP Kill from the Heart, by which time Floyd had already moved from Austin to San Francisco and started a new line-up with Lynn Perko (later of Imperial Teen) on drums which recorded a follow-up, These People, for Alternative Tentacles. Meanwhile, the debut was sadly deleted from the SST catalogue soon after release – along with lost classics from the Subhumans and the Stains – and remained out of print till this AT reissue campaign which also includes the second album, both receiving a remaster overseen by Jello Biafra himself.

Kill From The Heart‘s master tapes were lost somewhere along the way, so the version released here was sourced from a clean vinyl copy. Not that it makes much of a difference, since the original had SST in-house producer Spot at the controls – which meant his trademark gelatinous bass with murky guitars pushed to the back of the mix. Spot’s production style has its haters, and they are many, but it’s an aesthetic – one that works well with the Dicks’ raw material. And it sounds even better with this beefier remaster. The bass is more gelatinous; the guitars are louder with more cutting distortion.

And the songs! From the first strains of ‘Anti-Klan (Part One)‘ to the swing of ‘Rich Daddy‘ and ‘No Nazi’s Friend‘, you know you’re in for a solid set of raucous, rootsy rawness. As for the subject matter, it has a mostly political bent, save for the cheeky, transgressive ‘Little Boy’s Feet‘ (with lyrics John Waters would appreciate), a pretty straight cover of Hendrix’s ‘Purple Haze’ that plays up the song’s volatility, and the extended closing funk-jam ‘Dicks Can’t Swim‘ that sees them dipping a toe in the Big Boys’ waters. It’s followed on this new version by appended tracks from the ‘Dicks Hate The Police‘ 7″, including that one song you probably know from the Mudhoney cover.

Two years later, the San Francisco incarnation of the Dicks recorded These People, a very different record both in sound and approach. Where the songs on Kill from the Heart are fuelled by a mix of righteous indignation and party-hard hedonism, These People is a lyrically darker, more personal affair. Floyd must have been dealing with a lot of shit; you can even see it in titles like ‘Sidewalk Beggin’‘, ‘Cities are Burning‘ and the older song ‘Dead in a Motel Room‘, where he sings “I don’t know who I am anymore” with a little too much feeling.

The album also largely abandons hardcore for a bluesy alt-rock sound prefiguring Floyd and Perko’s more successful post-Dicks band Sister Double Happiness. The remaster doesn’t tinker much with a typically ’80s indie rock production (courtesy of the Dead Kennedys’ Klaus Flouride) that packs a lot of punch, especially on opener ‘The Police (Force)‘ and the almost Sub Pop grungy ‘Off-Duty Sailor‘. This set too gets some additional tracks from the Peace? 7″, including the brooder ‘No Fuckin’ War‘ and the faster-harder throwbacks ‘Nobody Asked Me‘ and ‘I Hope You Get Drafted‘. None of it is as essential as the debut – if you’re any kind of a punk you need Kill from the Heart in your collection – but it still stands on its own as a piece of the American alternative rock puzzle.

Kill from the Heart and These People are out now on Alternative Tentacles. 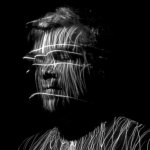