With his previous album, 2010’s exemplary Black Sands, Simon ‘Bonobo‘ Green made the great leap forward from talented tyro to leading light of the Ninja Tune stable. Now, three years later, the Brighton producer returns with The North Borders, an album so similar to its predecessor in sound and feel that it could as easily have been called Black Sands II. This isn’t necessarily a criticism: say what you like about ‘artistic development’ and the need for musicians to constantly reinvent themselves, but when the work on offer is as richly satisfying as this, there’s surely an equally strong argument that says some things are perfect just the way they are.

Like its lauded predecessor, The North Borders is a highly-accomplished slice of soulful, yearning electronica. It kicks off with a stunner in the shape of ‘First Fires‘, a showcase for the frankly stop-you-inyour-tracks beautiful voice of Cinematic Orchestra alumnus Grey Reverend, whose rich, aching baritone rides atop a sinuous beat and mournful melody. It’s a superb, dramatic opener, and not the only time Green hits the mark in terms of featured vocalists: always judicious in his choice of guests – previously introducing the honeyed tones of Andreya Triana to a wider audience – here he pulls off the same stunt, with up-and-coming chanteuse Szjerdene (no, we can’t pronounce it either) lending airy, spine-tingling vocals to ‘Towers‘ and ‘Transit‘. The former, with its chorus marked by 8-bit synth flourishes, is a particular highlight.

If the vocal tracks leave the listener in no doubt that we’re camped firmly in downbeat territory, it’s no less the case with the album’s instrumentals. ‘Emkay‘ might well sport a smart two-step beat and first single ‘Cirrus‘ a driving house rhythm, but what leaves the strongest impression is the plaintive melodies, the swells of melancholy that build throughout both tracks, an effect enhanced by the subtly emotive orchestral flourishes that pop up repeatedly across the record. ‘Ten Tigers‘ is another case in point, its careworn synth hook gradually giving way to a string-led coda that is truly affecting.

This isn’t to suggest the album is one-note: within the template of polished production and tender refrains there’s more than enough variation to keep the listener’s attention. ‘Heaven For The Sinner’, to take one example, is an altogether more unusual beast, which – with its stuttering beat, washes of harp and Erykah Badu doing her usual effortlessly ethereal thing on vocals – could have slotted in easily on the most recent Flying Lotus album. Meanwhile ‘Know You’ allies crisp garage snare hits to the kind of oddly poignant pitch-shifted vocal samples that characterised Burial’s Untrue.

Again echoing its predecessor, The North Borders in its entirety is eminently accessible and smooth – some might even say polite – and this won’t be to the taste of everyone: those who like their beats rolled in the dirt and grit would do well to stick to their albums by The Bug. Then again, in the face of Green’s artistry it seems almost churlish to raise such objections – like football pundits who complain that Dimitar Berbatov doesn’t track back, it misses the point when he’s just put in another match-winning display. So night becomes day, the seasons change, the world turns, and Bonobo delivers another sumptuous album of burnished, heart-rending electronic soul. We wouldn’t have it any other way. 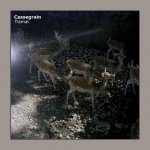 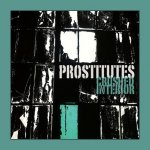