So much hype has surrounded the release of this record, the first of Santa Cruz hardcore combo BL’AST! since the late eighties, that you’d swear the band were widely held as one of the all-time greats of the genre, up there with Black Flag and the Dead Kennedys and Minor Threat and the rest. Yet the reality, as sad as it is to say, is that until recently BL’AST! were a barely remembered footnote in the genre’s annals, with the grave misfortune to record for SST when that label was putting out a ridiculous 100 records a year and slipping into irrevocable decline. Lost in the shuffle even in their own time, if BL’AST! were remembered at all before a few months ago it was usually as an also-ran Black Flag copycat act. Which is patently unfair to a fantastically original band that, on their 1987 pinnacle It’s In My Blood!, with its restless song constructions, stops and starts and knotty time changes, prefigured much of what we’d come to call metalcore a decade later. Converge, Cave In, Botch, the Hydra Head sound, all of that – unfathomable without BL’AST! in my book.

Getting into BL’AST! as an SST geek at the turn of the millennium, I could’ve sworn I was the only one who knew of their greatness, though there were others who kept the flame alive. Brant Bjork of Fu Manchu was a fan, even playing with the band’s members before starting his own group. Greg Anderson of Sunn O))) had a connection, too, signing Spaceboy – the stoner-core band featuring BL’AST! singer Clifford Dinsmore – in the early days of his label Southern Lord. And it’s Southern Lord that’s putting out this release, the result of BL’AST! guitarist Mike Neider unearthing master tapes from a supposed alternate recording session of the songs that appeared on It’s In My Blood!

Except it’s not an alternate session, as one listen is enough to tell these are the exact same performances as on the original album. Why this story of a ‘long lost session’ spread around I have no idea; legal issues with lawsuit-happy SST, perhaps? (Don’t worry, I won’t tell Greg Ginn if you won’t.) But anyway, for all intents and purposes this is a reissue of It’s In My Blood!, with some important changes. There’s new cover art and a new title – simply Blood! – plus a rejigged track order that moves the sixth track to second in the running order, and adds the sole original cut from the School’s Out EP (‘Your Eyes’). There’s also a new guitar track courtesy of former member William Duvall – presently of Alice In Chains Mark II – whose part was mixed out before the album’s initial release. And there’s the actual recordings themselves, remixed by another longtime friend and fan of the band, some guy called Dave Grohl (I know, me neither).

But seriously, the Foo Fighter has done a solid job here, taking a flattened canvas and rendering it in three dimensions; it helps having that extra guitar track to play with. Working from the studio master tapes, before all the processing and careless mastering, Grohl’s re-conceived the record as the vicious animal it always wanted to be. It’s readily apparent from the first strains of opener ‘Only Time Will Tell’: Dave Cooper’s bass rumbles ominously; Neider and Duvall’s guitars riff hard with more bite and snarl; Bill Torgerson’s drums hammer with more damaging impact. It’s the same beast, but evolved.

Or ‘roided up. This is an unmistakably macho record: you can picture Clifford stomping his feet and beating his chest like an 800-pound gorilla as he bellows “Time! To grab! Reality by the balls!” And there’s no let-up from the muscular force of their message, even if the lyrics themselves betray a more positive outlook on the world than the surface fury implies. For all the talk of “an endless sea of despair” as “the world begins to burn”, Clifford still hopes “the words to this song [will] never come true”. ‘Ssshhh!’ sees him implore the listener to “open up your eyes to see and feel reality” to overcome whatever shitty situation you might be in. It’s all about self-actualisation, recognising that from time to time “life turns grey and [we’re] left without a thing to say” but we have the power within ourselves to act and scream to ourselves “I’ll survive this place!” (‘Sometimes’). On the title track, Clifford roars from the heart that it’s in his blood “to try to keep some strand of hope alive, to hope this hopeless race might only survive”.

That’s a message the kids can get behind, and it remains unchanged. What’s different is the brighter, sharper mix that’s also absent the slight delay and echo some say mars the original, dating it as an eighties relic. I can see that argument, and Grohl’s mix makes a great case for it, making the songs sound contemporary and very much belying their 25-plus-year vintage. But where Grohl giveth, he also taketh away. The most noticeable loss is Clifford’s vocal track, which is mostly buried by the emboldened guitars, and one some songs (‘Ssshhh!’ in particular) is doubly weakened by the removal of that reverb, which gives his voice some added depth on the original (the effect is retained on ‘Sequel’, weirdly enough). I can’t help feeling there’s a perfect world that combines the two: the vocal effects and the superior guitar tracks. But if this is all we get, I’ll admit it’s pretty hard to complain. And if this is your first exposure to the record, you’re hearing the better version of it by far. I envy you, actually, getting to hear BL’AST! for the first time, awed by the intensity of these songs that come with hooks aplenty despite their complicated composition.

Here’s hoping this is just the start of the BL’AST! revival by Southern Lord, and that Grohl can be roped in to work his magic on the band’s disastrously produced follow-up, so we can all take the manic ride. 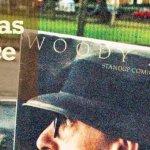 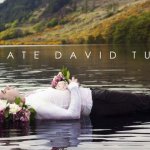 Next
The Late David Turpin – We Belong Dead