“A moment of Silence
While we hang our heads in shame
While we try to figure out exactly who is to blame”
Barry McCormack is a modern day story teller. His tales are from the streets of Dublin. The words are stories from the darker side of these streets. Not the gloss and shine of the newly built areas but the reality of the grim world that people are living in. He does this through traditional instruments and with the help of many of his friends. The fact that a lot of these people have roots in Dublins punk and indie scene is telling for me, but not given away in the music.
Imagine, if you will, that you have walked into a bar on one of Dublin’s side streets. This bar would not have a bouncer on the door, there is very little plastic and neon lights are at a minimum. You may have an extra light in the toilet to prevent addicts from shooting up. It will stink but there will be something in this stench that keeps you there. In the corner of this strange but alluring abode there is a band playing. Each brought their own instruments and have no need for amplification. Banjos, accordian, acoustic guitar all appear. In the middle is a fresh faced young man quietly leading the way. You may miss him but he is the articulate one. His songs are the aforementioned stories. When he breaks into When The Windows Shake you will sing along to a tuneful take of shootings in the city. You may then hear how “Life it burns a path, then it leaves a trace” during the Night Before The Horse Fair. That man is Barry McCormack.
Unbelievably this is his fifth solo album and the man isn’t sharing a stage with someone like Damien Dempsey. It’s probably that background that is holding him back. It’s a self released album and is a reflection of Dublin and Ireland today. This is the country facing austerity measures, shootings on street corners, people living on our cold streets. All the while Barry tries to lift spirits by not ignoring these events but at least trying to get us to sing along to them. 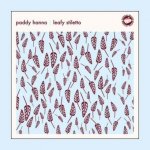