Might as well call it Converge-core. You know the sound: those shredding dissonant riffs with that trademark Kurt Ballou guitar tone over a galloping D-beat, punctuated by the occasional breakdown. It’s an appealing noise that’s become somewhat of a musical meme in US hardcore over the past decade. And if it can be traced back to a ‘year zero’, I’d wager Converge’s Jane Doe, an album that cast a heavy shadow over the metallic hardcore scene, so much so that it’s nigh on impossible to escape from; even Converge themselves had trouble till their latest (and best) record.

So on their debut album for Southern Lord, Vancouver’s Baptists don’t really try to break free from that pall, choosing instead to work within its limits. Probably just as well, since the band laid down these tracks with Ballou himself at his GodCity studio, so it sounds as you might expect. But there’s nothing really wrong with that. Limitations can encourage the best of creativity, after all, and indeed it’s a wise move on the Canadian band’s part to (mostly) eschew the easy route as a Converge tribute act and instead focus on the elements of that sound that appeal to them the most, and create a new beast from those parts. And what a beast Bushcraft is.

Baptists pack a mortar’s worth of energy into these 11 songs over a taut 27 minutes. Those first wavering, woozy, drunken chords via guitarist Danny Marshall are just the spark on the fuse that burns up to the dynamite wallop of Nick Yacyshyn’s drumkit, an explosive sound that ironically keeps the whole thing from blowing apart, with more than a little help from Sean Hawryluk’s weighty bass rattle. Those two form a substantial rhythm section that keeps things anchored tightly even when the band threatens to break away through the opening combo of ‘Betterment’, ‘Think Tank Breed’ and the first half of ‘Bullets’ with hurtling speed and anger spat through gritted teeth – setting the tone for the whole record, more or less.

But Baptists know well enough to change up their offence. More mid-paced tracks like ‘In Droves’ and ‘Russian Spirits’ still maintain a constant driving force that echoes the relentless attack of Suicide Note. And even when they slow things right down – on the second half of ‘Bullets’, on ‘Still Melt’ and ‘Soiled Roots’, the longest track here at five minutes – they continue to bludgeon in a manner little heard since fellow Pacific Northwest lumberjacks TAD were grinding their gears in the early ’90s. ‘Still Melt’ in particular manages to fuse the redneck groove of Kepone with David Yow’s unbalanced vocal stylings but on a more muscular frame.

Andrew Drury’s blood-stained vocals are slightly lost in the mix throughout, but in a way that only adds to the brooding backwoods mystique conjured up by song titles like ‘Soiled Roots’, ‘Crutching Trails’, ‘Russian Spirits’ and the blistering title track. It all ties up neatly with the closer ‘Abandon’, an apt description for its flurry of frantic percussion and counterpointed doom-drenched riffs that coalesces into a tight D-beat blast, then grinds to a halt with a single pulsing bass string before switching stance and punching out with some crunchy guitar and a stabbing rhythm that gives one more nod to the Converge cult. And then you’ll play it again from the start, ’cause they’ve got you hooked now, boy. 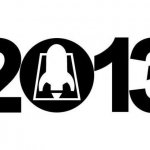 Next
CANCELLED – Rocket From The Crypt – The Button Factory, April 26th