I had never really given much thought to the Dropkick Murphys.  I was well aware of their existence, and even own a live LP, but always felt they were pretenders to my Irish label.  I thought I could see why people placed the horrible phrase, ‘plastic paddies’ on them.  They were pretending to be something they’re not, or even can be.  It was only when reading James Hendicott‘s piece in In Concert that I had some pause for thought.  We are all passing through and are victims of circumstance.  Our birth is not in our hands, our nationality is not something we can control.  Whilst, as individuals, we may try and not repeat the mistakes of history, our personal history is a consequence of our genes; our ancestors’ actions.

I have many friends outside of this small island.  Some of them were born here and, due to various circumstances, departed; others were raised as if they were never off our green fields, and many more completely ignorant of our land and its heritage.  I try and tell them tales of this country and am always happy when they wish to hear of our Gaelic games or our punk rock scene. So why not embrace Dropkick Murphys and their attraction to this land?  As Hendicott has alluded to, many bands in Ireland look outside for influences so what’s wrong with the inverse? For now, let’s purify things and make it simple, and in this guise I love Dropkick Murphys existence.

How many punk bands do you know have created their charitable fund? Dropkick Murphys have featured in many movies and TV series and their I’m Shipping Up to Boston song has to be very familiar for any Irish people attending major sports events in this country as it is forever on the speakers. I much prefer hearing songs from a band that have publicly supported trade unions and have stated repeatedly that “We stand beside our Union and Labor brothers and sisters and their families….all over the U.S.” The band’s Claddaghfund supports many grassroots groups, some of which I would question but that is my right, but at least Casey and his band look to put something back into the community they grew up in.

Of course, Dropkick Murphys don’t care what I think. Why would they?  Bruce Springsteen rings them up to see if he can help out with whatever they are doing. 11 Short Stories Of Pain And Glory is their ninth album in over 20 years of existence.  Signed And Sealed in Blood, their eighth offering, made it into the top 10 of the US Billboard Charts. As for these 11 songs, it’s less The Pogues and maybe more The Clash or even Against Me at times.  They like a singalong tune, maybe even a clap your hands at times, always loud and some trad influences underlying it all. I did emit an odd cringe when You’ll Never Walk Alone came on, or when the record culminates in a sing along “We’ll Meet Again, Don’t Know Where, Don’t Know when” refrain, but this is a band baring its soul.

Throughout it all there is a chorus to sing along to (unless it is the instrumental opener of Finbar Furey’s The Lonesome Boatman). They will never be challenging Bob Dylan for a Nobel prize for literature as their lyrics haven’t really advanced in those 20 years.  No doubt many college bands are also singing about “having no money and don’t know what to do,” but I’m sure none of them have the ethics or quite frankly the singalong power of Dropkick Murphys. 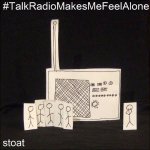 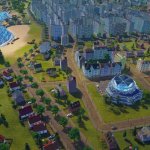