‘an elevating, life-affirming experience‘ – Siobhán Kane on Sharon Jones & The Dap-Kings at last weekend’s Cork Guinness Jazz Festival This year’s Cork Guinness Jazz Festival was its most successful in a decade, with the city, buoyed by sell out concerts, drawing over 1,000 musicians from over 80 countries, and this year, Dublin-based promoter ChoiceCuts brought together the stellar proposition of Lee Fields & The Expressions, and Sharon Jones & The Dap-Kings.

Lee Fields had played to a sold-out audience in Dublin the night before, and was riding on the crest of superlatives, filling the stage of the Opera House with his radiant, charismatic presence, silvery jacket, and peerless voice, rattling through some songs from his latest record Emma Jean, including the brilliant Don’t Leave Me This Way, as well as songs from 2009’s My World, and 2012’s Faithful Man, with Ladies, You’re the Kind of Girl, Faithful Man, and I Still Got It, as rich, memorable highlights.

He was a perfect preface for Sharon Jones, for many reasons, not least because he is a huge part of her story. In 1996, Jones, who had previously worked as a prison officer at Rikers Island, and occasionally as a backup singer, worked on a session for Fields, who at that time was recording for Desco Records, a label co-founded by Gabriel Roth, who went on to found Daptone Records as well as playing bass for the label’s house band. Jones would become their lead singer. Over a decade on, each new release is met with great expectation, and an equal amount of fair praise, referencing, as they do, everyone from Mavis Staples, to James Brown.Their collaborative records Dap Dippin’ with Sharon Jones and the Dap-Kings (2002), Naturally (2005), 100 Days, 100 Nights (2007), I Learned the Hard Way (2010), and this year’s Give the People What They Want, have gone a huge way in helping to recontextualise the importance of soul music, and proving that it didn’t wither away in the late ’60’s/early ’70’s as many have maintained.

Jones and the brilliant Dap-Kings, as well as artists like Fields, and Charles Bradley, have been helping to gain more industry recognition for soul music, and are bringing together not only older aficionados, collectors, and enthusiasts, but a younger generation who are searching for something truly authentic, and they are surely drawn in by Jones, whose strength is in her versatility; as comfortable working with David Byrne, and the late Lou Reed, for example, as she is channelling Tina Turner for her explosive live performances.

Give the People What They Want had originally been set for release last year, but was delayed when Jones underwent treatment for pancreatic cancer. Her illness is apparent in the video for the brilliant Stranger to My Happiness, when she lost her hair, and though she couldn’t stand or walk for long, she could sing, and felt that it was important to document, as part of her “process…and healing”. So it is doubly pleasurable to see her in Cork tonight, looking more emboldened and beautiful than ever.

Jones is synonymous with an elemental kind of nature, and she glows with decisive passion, which complements her soaring voice, and in her pink sparkling dress, she flits, struts, shimmies and glides around the stage, literally kicking off her golden shoes at different turns, brilliantly aided by her backup singers Saun and Starr (the Dapettes) who begin proceedings, and whose sympathetic harmonies and energy remind us that this is about a collective spirit as well as individual talent. This is something the 10-piece Dap-Kings also harness, led by bass guitarist Binky Griptite, they intuit where Jones might go, and playfully encourage. They may have achieved their most well-known success backing the late Amy Winehouse on 2006’s Back to Black, but Jones is perhaps their true muse, bound as they are to disseminate soul music, and contribute not only to its preservation but creative continuity.

They stoke up a real sense of occasion and atmosphere, and make the Opera House feel like a small club, such is the warmth, and intimacy. There are so many special moments, the funky, shaky People Don’t Get What They Deserve, the sloping Get Up and Get Out, Jones showing us some of her favourite dance moves, like the twist, pony, swim, and jerk, the epic I Learned the Hard Way, and the truly sublime Retreat! which is like a call to emotional arms, such is its power, and force, as is Now I See, with its heavyweight brass. And Heavyweight is the word that keeps emerging throughout this evening, as concerts like this come around very occasionally – an elevating, life-affirming experience. 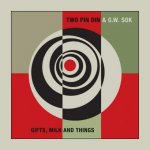 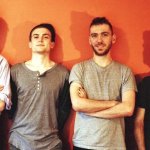 Next
Ought, Jogging – The Workmans Club, November 17th