Catch up on day one & day two.

My introduction to Los Fastidios came a few years ago. They had just finished an Irish tour that I missed out on. Their background is in oi music, they proudly proclaim football as an interest, but also are anti-fascist and animal rights exponents. Sure what’s not to like? Sing along intelligent anthems from Italy were the perfect post lunch punk tunes and as the new album proclaims the sound of revolution.

My journey to Rebellion music festival started when my brothers were bringing home/ punk records in the late 70’s early 80’s. I then started buying my own tapes and records and wrote to as many people as possible. AOA were one of the bands I wrote to, 35 years ago. I did an interview with them in my fanzine at the time and here they are now, singing anarcho punk songs to us. The topics they sing about are still the same with words being screamed on stage that none of us have any chance of understanding. Thankfully, they talk between songs and have information on their records.

Radical Dance Faction were regular visitors to Ireland in the 90’s, amazing how it doesn’t seem all that long ago. They are still banging out their white reggae with post-punk vocals. The Rhythmites played with Nomeansno in McGonagles, their reggae beat being the equivalent of what major promoters used to play through the speakers before the main band would come along. We decided we would provide our own soundtrack that night with Nomeansno, and The Rhythmites are still dancing to the revolution

The GAKK are from Dundalk and had their travelling home crowd out, complete with Dundalk FC flag. They play 77-style strong punk rock, lots of Clash and Ruts references. The travelling crew all ventured along to see Steve Ignorant and Paranoid Visions, but three days on veggie burgers meant I needed to get something else to eat. Amazingly Blackpool now has a vegan restaurant, and it’s top quality too. It meant missing out on a selection of classic Crass, Flux and Poison Girls songs being played by Paranoid Visions with vocal assistance from Steve Ignorant, but some things you just have to live to regret.

My interest in bands like AOA slightly decreased when hardcore bands from Washington DC hit my radar, Scream being one of them. Today was special day, seeing Scream up on stage. I have been suspicious for years about bands reforming for events like this, but as an attendee I sure am glad Scream are back. So tight, so good and with audience participation and a Bad Brains cover to boot. Dave Ruffy, from The Ruts, will face competition for “drummer who makes it all look ao easy” as Kent played at breakneck speed right through and didn’t look like he broke a sweat. This was a lesson on hardcore history and I could quite easily have gone home content after this set.

It was a huge contrast seeing the Tuffragettes. These, along with Brattakus and Petrol Girls are vital bands for our day. These are modern day Scream, they sound nothing like them but the energy and enthusiasm as shining. Synth punk smashing the stereotypes.

Louise Distras played two sets tonight, her electric show last time was in the main Empress Ballroom but it was good to see her on the smaller Pavillion stage as well as acoustic. Tonight, Louise asked us all to fall in love and don’t fall in line. Wise words indeed that we all sang along to.

Ruts DC need no explaining. Part of the rebellion furniture at this stage, as vital as Steve Ignorant and TV Smith and as revered and respected as Cock Sparrer or any band that plays here. Such good songs that have stood any test time may want to pass on. I danced and danced and delighted in the fact that I was here and this was happening.

Angelic Upstarts had a huge crowd in the Empress. Working class spokespeople and the 2,500 people were ready to give the fox a gun in any effort to bring back hunting. The Upstarts have been on the go since 1977, 2 years prior to Scream’s inception. Their tunes are more direct and as I wondered about the difference between the two bands I heard Mensi proclaiming from stage he will be the next James Bond and how surprised he was that “the lasses weren’t all rushing to the stage”. Their debut single “Teenage Warning” came on and I then thought I noticed Pete from Goldblade and the Membranes on guitar. I got confused as he was announced on stage as Neil. My eyesight is definitely going At least Louise Distras calls it the Louise Distras Band, and maybe the Upstarts should really be the Mensi ensemble as he is the sole remaining original member

Finally, the Belfast punks took over in the form of Outcasts and Defects and we popped and pogoed into the late night. 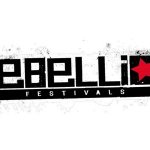