They’ll be joined by Dublin’s own Oh Joy.

Show Me The Body
The New York City punk band Show Me the Body made up of front man Julian Cashwan Pratt, 22, drummer Noah Cohen-Corbett, 20, and bassist Harlan Steed, 21 know something you don’t – Do It Yourself. For the last 2 years, Show Me the Body have been working on the fringes of the NYC music scene cultivating inclusive experiences for the youth and beyond.

They released their full-length debut, Body War, in summer of 2016. Body War is a abrasive yet compelling project that could only come from a city as wildly tumultuous as NYC. Their harshly distorted banjo riffs, mighty basslines, powerful drums, plus manipulated samples of the band’s own demos, combine for a full immersion experience.

Oh Joy
Formed in 2015 over a shared love of Elliott Smith, Nirvana, sarcasm, and all things morose, Oh Joy independently released their first EP ‘Joy for All’ in April 2016. Oh Joy since performed at Irish showcase events including Hard Working Class Heroes and Whelan’s Ones to Watch. Tracks from the debut EP garnered significant praise and have featured on several ‘Best of 2016’ playlists from blogs like The Thin Air and The Last Mixed Tape. More recently, Oh Joy have supported prominent international acts like Pinegrove and Vant, as they apply the finishing touches to a follow-up release. 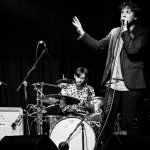 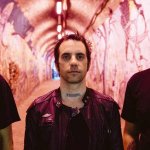