The band has given a public undertaking to play four other songs, in addition to the three presented here. Also appearing are Postcard Versions and Spongebob Eyelashes.

Autre Monde consists of assorted members of various Popical Island-related acts. That particular outfit is already fairly incestuous, so the fact that a supergroup of sorts has now emerged shouldn’t really come as a surprise to anyone.

Autre Monde are a band from Dublin featuring Paddy Hanna on vocals, Mark Chester on guitar, Padraig Cooney on bass and Eoghan O’Brien on drums. Over the last few years, members have variously featured in Land Lovers, No Monster Club, Skelocrats, Ginnels and, believe it or not, Paddy Hanna.

Newly in existence, the band has recorded a handful of songs with Daniel Fox of Girl Band and these are being released digitally, one at a time, over the course of the spring and early summer. Their first two singles, Customs and New Recruit, were championed by Nialler9 (“a delight”), The Irish Times (“conjuring a fresh sound out of well-worn strings”), State.ie (“immediate sophistication”) and The Thin Air (“as debut material goes, this is as good as it gets”).

‘I Want My Enemies to Prosper’ is a sharp blast of post-punk, taking in elements of early REM’s chorusy jangle and Pere Ubu’s idiosyncratic staccato thrusts. It is adorned with a suitably rousing chorus, and a detour into the spoken word. It will be available on Bandcamp, Spotify, etc.

You can also catch Autre Monde playing with Electric Octopus & Junk Drawer in McHughs, Belfast on Thursday 22nd, should you find yourself north of the border that evening. 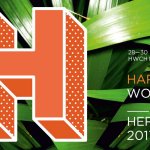 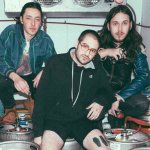