Whelanslive.com have just announced that Japan’s Shonen Knife will play Whelans on 19th August as part of their 30th anniversary tour.

Japanese all-girl, power trio Shonen Knife might be the most effortlessly cool rock band of the last 30 years. Championed at various stages of their rather magnificent career by John Peel, Nirvana, Sonic Youth and just about anyone who has ever seen them live, Shonen Knife are rightly regarded as one of the most important bands ever to emerge from Japan and a groundbreaking act in the emergence of women in a previously male dominated rock scene.

Formed in Osaka in 1981 via a mutual love of 1960s girl groups and early punk rock groups such as The Ramones, Shonen Knife immediately set about distinguishing themselves from their peers through their brightly coloured stage dress and ridiculously catchy & upbeat pop-punk songs about insect catching and banana chips among many other important issues of the day.

Describing themselves as oo-oo-ultra-eccentric-super-cult-punk-pop-band-shonen-knife! the band went on to release 15 albums (and counting) across a plethora of legendary indie labels including Sub Pop & K Records and established themselves as one of the most exciting live bands in the world. They were the subject of a tribute album in 1989 entitled Every Band Has A Shonen Knife Who Loves Them featuring, amongst others, Sonic Youth, L7, Red Kross & Babes In Toyland.

Pop-punk has become a much maligned genre in recent years owing to the amount of bands who are neither pop nor punk assuming the moniker but Shonen Knife are the real deal, comfortably occupying the space between bubblegum pop, Motown and DIY punk and who deliver a live performance that will leave you inspired & exhausted but grinning from ear to ear and back again. This is a rare chance to catch some bona-fide legends live and to help Shonen Knife celebrate 30 electrifying years in the music business. Do the Knife! 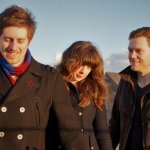 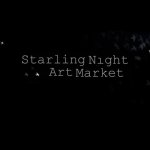