Easing everyone into the festival spirits this coming May 12th-14th is Clockwork Apple’s 3 night mini festival which will be located in its usual haunt of upstairs Whelans. 11 bands will take to the stage to showcase different genres and musical styles including electro/pop, rock and harmony laden folk throughout the weekend.

Kicking off the mini festival with Thursday’s gig are headliners Miracle Bell who are supported by Fred & Bob and Fighting for Jane; two Dublin bands who are fast becoming known as ones to watch out for due to their energetic live shows & powerful vocalists Emma Greenhalgh and Grainne Hunt respectively. Miracle Bell released their album Light, Shape, Sound last year to universal critical acclaim & have been a rising talent ever since with extensive national and international radio play, a 52 date tour and support slots with The Coronas under their belt.

Autumn Owls take the top spot for Friday’s gig night with Henrietta Game & Cork band Toy Solider starting things off, making for a perfect mix of pop and shoegaze. Toy Soldier will have just returned from playing shows in Los Angeles whilst both Henrietta Game and Autumn Owls take a break from working on their forthcoming albums which are due for release later on this year. Friday’s gig is topped off with a late show by I Phoenix who released their EP Cause and Effect in 2010.

Saturday 14th May is all about dancing, and with a solid line up of some of Ireland’s finest electro/pop acts there’ll definitely be plenty of that! Instrumentalists Datadrip are first up on the night followed by Belfast band Morning Claws, who are in part made up from former members of The Cutaways. Their new music has seen some rave reviews so far including The Irish Times saying it is both “Inspired” and “magical”. The ambient duo of Paula Gilmer & Sean Quinn; better known as one of Dublin’s hottest electronic acts Tiny Magnetic Pets complete the line up before the excellent Sleep Thieves take on the late slot for a spot of midnight dancing!

Tickets are €10 per night, or €15 for all 3 and are available on the door or via the WAV box office. 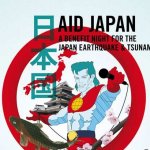 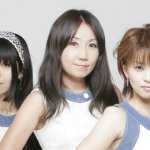