We may be in the depths of the worst recession in the history of the state, but that’s not going to stop some crazy bastards from trying to get a new independent magazine off the ground.

Rabble is a counter cultural magazine which looks to “…the new, the challenging, the absurd, the hilarious, the underground, the local, the global and to the ceaseless battle“. In order to get some cash together to fund this endeavour there’s a fundraiser gig on this Saturday in Toner’s basement from 6pm featuring 18 year old Rotterdam production wonder kid Munchi.

There’s been murmurs, there’s been whispers in the dark and there’s been fallow moments. But fuck it, we’re heading straight deep into a winter of deep discontent. And we want to get this magazine moving. So, what better way to do it than with a party. The bass and genre fucking blogosphere has been going ga-ga with production prodigy Munchi, some like Generation Bass have gone so far as to call him “the next Diplo.”

Whatever about the hype, we feel his work speaks for itself – so we’re delighted to have him play a very special party for us before he goes on a speaker shaking stint across the states. Do not miss it. This is the shit right here.

Admission is €8 and the full lineup is:

About Rabble:
Rabble is a counter cultural magazine which costs nothing. We are collectively and independently run. We look to the new, the challenging, the absurd, the hilarious, the underground, the local, the global and to the ceaseless battle, the fascinating complexity and the unwritten fate of the city of Dublin for inspiration and critique. Like the rest of the city, we’re in the process of getting our shit together. Times are tough, so be patient. It’ll be worth it… 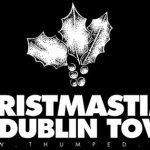