The Primavera Sound festival is this weekend in Barcelona and for the first time ever we’re sending official representation.

The Primavera Sound festival is this weekend in Barcelona and for the first time ever we’re sending official representation.

This week sees a sizeable portion of the Thumped demographic fecking off to Barcelona for the Primavera Sound festival, beginning in earnest on Thursday the 27th and ending on Sunday. For the first time there will be an Official Thumped Representative (ie: me (Joss)) present to blog about it for people at home who don’t care and are beginning to feel a little resentful about all the Primavera talk. Nonetheless, for everyone who’s getting excited about high-tailing it to Barca, here’s an entirely subjective preview of acts to look out for at the festival.

Suggestions about ticket collection (the night before at Apolo or early in the day is best, apparently), beer tokens, lovely things in Barcelona etc are all welcome at the Primavera thread. 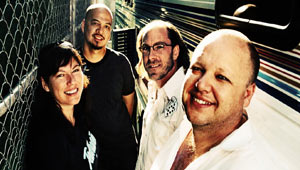 Thursday
Thursday night features all sorts of clashes. Take your pick in the early evening from The Books (7pm, ATP Stage) who by all accounts were fantastic and funny at the Button Factory a few weeks ago, Israeli 3-piece Monotonix (7pm, Vice Stage) with a style-over-content display of onstage hedonism, or catchy reverb-soaked Floridans Surfer Blood (7.15pm, Pitchfork Stage). An hour later The Fall (8.10pm, San Miguel Stage) clash with the psych-pop skit of former Elephant 6 folk Circulatory System (8.20pm, ATP Stage), but the latter play again at Parc Joan Miro on Saturday at 1.30pm.

The wife’ll be dragging me to see The XX at 9.15pm (Ray-Ban Stage) and the folks from the ‘have the horn’ thread will want to go see Comanechi at 10.10pm (Ray-Ban unplugged) for potential (female Japanese) nudity. Up later on Thursday is Pavement (1am, San Miguel Stage) and the killer combo of boomy-drum-machine/noisy-guitar/shouting-lady that is Sleigh Bells at 1.30am (Pitchfork Stage). 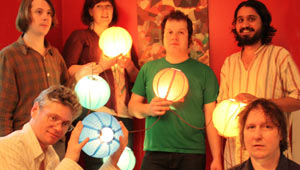 Friday
Owen Pallett is on early (4pm) at the Rockdelux Auditori on Friday with his one-man orchestra impression, followed by Hope Sandoval (5.25pm) and Low (6.50pm) on the same stage. We’re all getting turfed out before Low though. Pre-bookings to see them play The Great Destroyer are available beforehand for 2 of your finest europes. Alternatively, there’s The New Pornographers (6.15pm, San Miguel Stage) and Best Coast‘s girl-group-inspired guitar pop (7.15pm, Pitchfork Stage) followed by Geoff Barrow’s Beak> at 8.20pm (ATP Stage).

There’s loads of other good stuff on Friday night. Ganglians (8.30pm, Pitchfork Stage), Beach House (9.40pm, ATP Stage), Wilco (10.30pm, San Miguel Stage) and noisy guitar duo Japandroids (11pm, Pitchfork Stage). After midnight, Shellac (12.30am, ATP Stage) and the Pixies (1.15am, San Miguel Stage) will duke it out for your attention. They’re both old, Albini might be funnier, but then there are the question-and-answer sessions. And the Pixies are sad and lonely.

Saturday
Circulatory System and Ganglians are both reprising early on Saturday at 1.30 and 3.45pm in the park. Or you could take acid and go to the auditorium where the Animal Collective‘s Oddsac film (4pm) will make you want to gouge out your own eyeballs like Ray Milland in The Man With X-Ray Eyes. It’s your choice between The Psychic Paramount‘s big wall of filthy noise (5.45pm, ATP Stage) or the soft-focus pop of Real Estate (6pm, Pitchfork Stage). Then Michael Rother and Steve Shelley stage a Neu-themed krautrock-off at 7pm (ATP Stage). Anyone who saw Rother at ATP a few years ago will be aware that that could go either way. Van Dyke Parks (7pm) at the Auditorium is a decent backup plan or there’s an Elefant Records yoke in the Myspace Salon for any mimsy souls whose world almost ended the day Sarah Records grew up and got a proper job.

It’s Atlas Sound (Pitchfork Stage) vs The Clean (Vice Stage) at 7.15pm, then a big dirty pile-up of good things, when everyone’s favourite neighbour of the Saw Doctors, So Cow (10pm, Adidas Originals) clashes with Polvo (9.40pm, ATP Stage), The Antlers (9.45pm, Pitchfork Stage), and Grizzly Bear (9.55pm, Ray-Ban Stage). At least The Antlers are back for an acoustic set at 11.30pm (Ray-Ban Unplugged).

Either way, it’s time to get a faceful of Sangria, find new bald spots to get sunburned, and hope nobody wakes up Eyjafjallajokull so we can recover at home afterwards.

Previous
Rebellious Jukebox YEAH! – A Celebration Of The Fall