Owensie‘s new album Citizens is out next month via Out On A Limb, with the first single due next week.

The good news is that Out On A Limb Records are still busy. They’ve announced the release of Owensie’s new album Citizens, and thefirst single from it will be released on Wednesday, September 26th, followed by the actual album which will be hitting your shops, both digital and corporeal, from Friday, 26th October. The record will be launched in Dublin at the Unitarian Church on that day.

Following on from last year’s debut Aliens, Citizens may draw surprise from those familiar with the Dubliner’s classical-guitar-based solo work to date, as his new record kicks off with a heavier and more aggressive sound. The album mixes elements of folk, alternative rock, bossa nova, classical, and dance, with the consistent presence of Owensie’s flamenco guitar and doom laden falsetto throughout.

Lyrically, the new record picks up very much where the last one left off. This time around, the ‘Alien’ is exchanged for the now troubled ‘Citizen’, as the meaning of this human category comes into greater questioning during the current ‘economic crisis’ through songs such as ‘Hang Your Head Low’ and ‘The Land’.

More details to be announced soon, including further live dates in November. 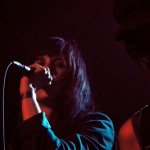