A collaboration between Drop-D, Cork City Sounds & The G-Man, an 88 track(!) compilation Who Dares Wins: Cork Rock City Vol 3 was released last Friday. Have a listen…

It’s that time of the year again.

As the city comes together, college starts again, the run-up to the Jazz begins, Culture Night lays around the corner and the Sonic Vigil isn’t far away either. You get a feel for the life and vibrancy that only Cork’s indigenous music scene can generate on any night of the week.

Growing and expanding in every direction, our music community lives on every street, in a growing number of practice spaces, it breathes and roars in its venues, traditional or non-traditional. It’s a place where originality, integrity and community spirit thrives, and where old faces co-exist and assist the new. Events like the Jazz, Sonic Vigil, the Avant, Cork Folk Festival, and the runaway success of Indiependence are the building blocks of a thriving live scene that betters itself every night.

And this is the document.

Featuring a vast array of bands and artists from all over Cork’s magnificent genre spectrum, Who Dares Wins endeavours to be the biggest, most in-depth record of the Cork scene’s movements yet. Co-compiled this year by Cork blogs Drop-d.ie and Cork City Sounds, with help from blogger The G-Man, the compilation aims to showcase to the world in one place what makes Cork music what it is, from its always rudely healthy and acerbic metal and hardcore scene, to its cutting edge noise and sound-art fringe, from its nascent folk scene to its renewed electronic underground.

Cork music has never been stronger. Get into it. 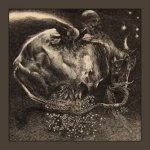