Owensie – Live Dates For May

Owensie has announced a handful of gigs around the country shows for May, including a gig in Whelans on the 18th for the bargain price of €5.

Formerly a stalwart of the Dublin stoner rock & metal scenes, Owensie turned 180 degrees with his rather wonderful debut solo album Aliens released to critical acclaim on the excellent Out On A Limb label in February of this year. Aliens is a beautiful & haunting work of classical folk occupying similar territory to Jose Gonzalez & Sam Amidon channeled by the spirits of Nick Drake & John Martyn.

Owensie in his current incarnation is something of an undiscovered jewel of the Irish music scene and we can only hope that his upcoming Irish tour will help him to garner the level of attention his work so richly deserves. Admission to the Whelans show is an eye-popping €5 and support on the night comes from Norabelle. 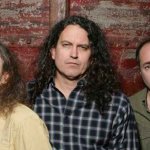 Previous
Meat Puppets – Button Factory, 31st May
Next
The Last Sound – Only The Lonely Know The Glow Is Failing